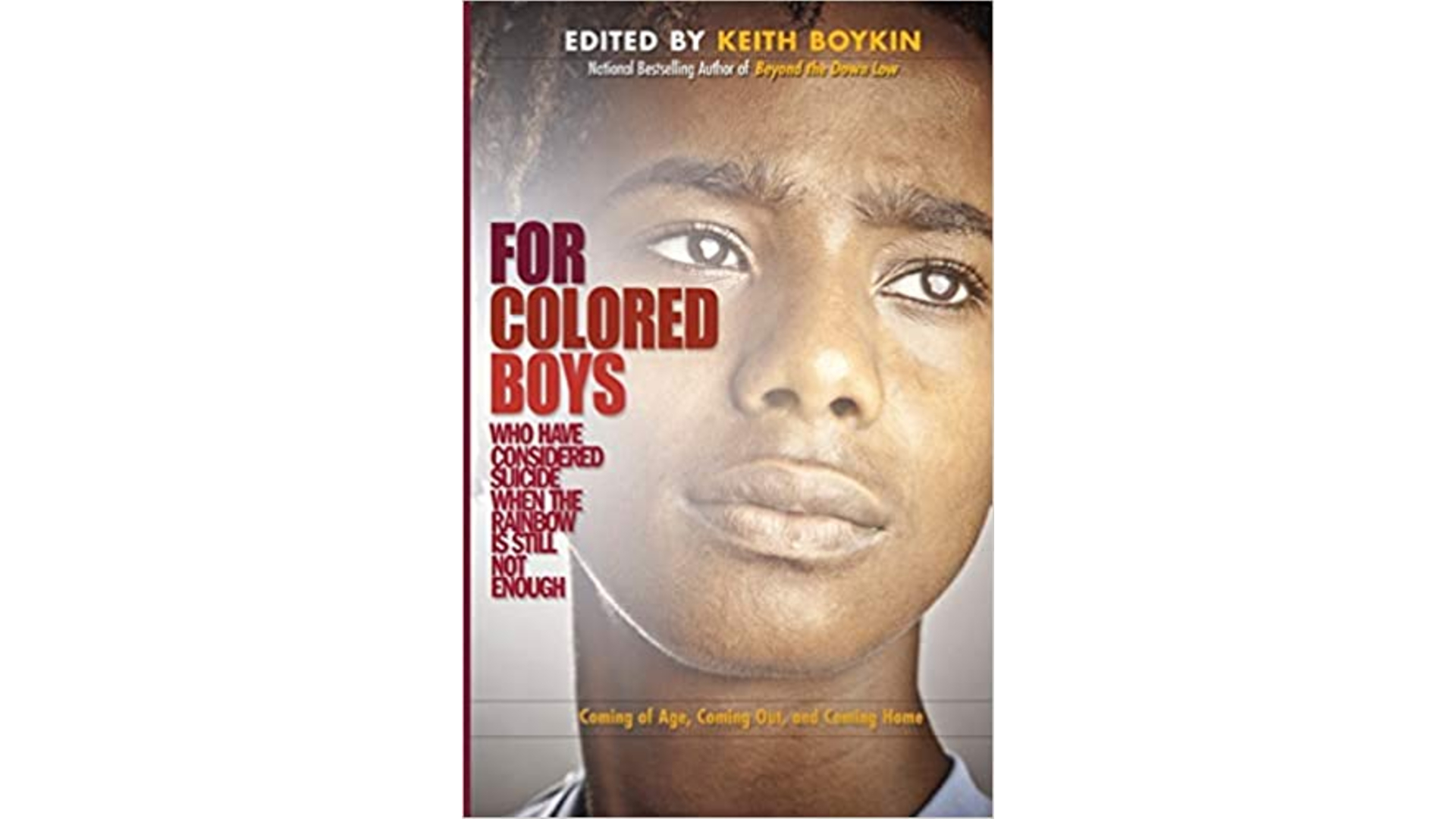 ‘For Colored Boys Who Have Considered Suicide When the Rainbow Is Still Not Enough: Coming of Age, Coming Out, and Coming Home’ edited by Keith Boykin

‘For Colored Boys Who Have Considered Suicide When the Rainbow Is Still Not Enough: Coming of Age, Coming Out, and Coming Home’ edited by Keith Boykin

Despite the social and political progress made by gay men in the late 20th and early 21st centuries, some things—like bullying, bigotry, suicide (attempted and successful), and self-loathing—are constant reminders that there is a need for further change. With the exception of Keith Boykin, the collection’s editor, James Earl Hardy, and two or three others, most of the contributors are not yet household names. But that in no way diminishes the power or importance of their words and life experiences, which are presented as tragic or funny or defiant or scary or inspirational.

For Colored Boys Who Have Considered Suicide When the Rainbow Is Still Not Enough (Magnus Books) addresses these and other thorny issues through essays and poetry by more than 40 contributors, who represent a diverse cross-section of gay men of color, both ethnically and occupationally.

“[W]e must tell our own stories,” declares Boykin, in the introduction, “in a way that represents us as full human beings.” These 40 plus stories attempt to achieve that goal by peeling back the years to reveal the physical and psychic pain meted out to them by peers, family members, pastors, teachers, and others. The pain expressed in these essays is so palpable, so intense I sometimes wondered how they were able to overcome their experiences without losing their minds.

Keith Boykin groups the essays and poems into ten categories such as “Growing Pains,” “Faith Under Fire,” “Love Is a Battlefield,” and “In Sickness and Health,” thus giving the reader a broad range of experience.

Another essay that moved me is Keith Boykin’s eloquent, almost cinematic “When I Dare to Be Powerful,” a retelling of “the historic but controversial all-male event” called the Million Man March, which took place in Washington, D.C. in 1995. Boykin and his cohorts in a moment of courage and determination, “[f]ists punching against the air” while chanting a pro-gay slogan, cut a path through the masses of straight black men with surprisingly “no homophobia, no insults, no violence, or conflict.”

The one drawback of For Colored Boys is the absence of any essays from gay men who came of age in the 1940s, 50s, and 60s. This would have given the anthology an historical context with which to compare and contrast gay men of today and in the past.

Otherwise, For Colored Boys is a worthy addition to one’s library if for no other reason than the fact that it bears witness to the persecution of gay men and lets readers know that there are others who not only have shared their pain, but have found a way to survive and thrive.

For Colored Boys Who Have Considered Suicide When the Rainbow Is Still Not Enough: Coming of Age, Coming Out, and Coming Home
Edited by Keith Boykin
Magnus Books
Paperback, 9781936833153, 334 pp.
August 2012

Fiebre Tropical is a Vivid Portrait of Queer Longing
Reading about the Adolescent Experience, a Look at Teen Bullying, and Recent LGBT Art Exhibitions
'The Aversive Clause' by B.C. Edwards