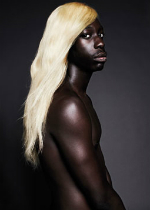 Queer acceptance in the hip hop culture has been, as Details describes it, hard-won—“reggae, country, and metal, rap is responsible for the most explicitly antigay rants to ever go platinum.” However, the new generation of queer rappers are pushing the envelope, promoting queer acceptance by “bringing their art, undiluted, straight to the masses,” and we’re happy to say, often with a positive response. Details profiles seven of hip hop’s queer MC’s with influences ranging from openly gay French poet/novelist Jean Cocteau to Marilyn Manson:

Ultimately, the artists in this portfolio are linked by their sexuality, but queerness is not a genre of music. It’s just one facet of who they are—and just one way in which they’re pushing hip-hop forward.

Lambda Literary Award nominee and playwright Jon Maran’s The Temperamentals, a play about the formation of the Mattachine Society—America’s first LGBT rights organization—will be making an “off-Broadway return.”

Dubbed as “Mad Men meets Milk,” The Temperamentals caters to society’s inexplicable desire to watch European-American men smoke cigars and sip gin while wearing Italian suits. But more importantly, the play schools audiences in 1950s LGBT history. As marriage equality becomes an unprecedented talking point at the Democratic National Convention, these stories about gay pioneers could not be more timely.

Check out this excerpt from Alexander Nicholson’s forthcoming book Fighting to Serve, which is centered on the backstage negotiations that led to the Pentagon’s 2010 repeal of “Don’t Ask, Don’t Tell.”  [Advocate]