The Lambda Literary Foundation, the country’s leading national nonprofit organization for the LGBT literary community, is pleased to announce the recipients of the 2012 Outstanding Mid-Career Novelist Prize.  This year the prize recognizes Stacey D’Erasmo (A Seahorse Year) and Brian Leung (Take Me Home).

The award, made possible by James Duggins, PhD, consists of two cash prizes of $5000 and is unprecedented in its category as well as its value. To qualify recipients must have published at least three novels or two novels and substantial additional literary work such as poetry, short stories, or essays. The prizes will be handed out on June 4, 2012 at the 24th Annual Lambda Literary Awards ceremony in New York City.

This year’s judges were Kim Brinster, Michael Lassell and Rachel Pepper.  Commenting on the 2012 prize recipients, they stated that Stacey D’Erasmo and Brian Leung “create lyrical and innovative works of fiction, often grappling with themes of identity, alienation, and family ties. Yet, both also create novels and short stories which are subtly understated works of excellence. We believe both writers are worthy of community recognition for creating works which incorporate multi-faceted LGBT characters and who are themselves often involved in the mentoring and teaching of a new generation of LGBT writers. We recognize D’Erasmo and Leung for their fine contributions to contemporary LGBT literature and encourage them to continue creating works which cross boundaries, yet remain true to the spirit of this prize by embracing and celebrating their own identities as LGBT authors and that of their LGBT readers.”

“We couldn’t be more pleased to honor these two stellar writers,” said Tony Valenzuela, LLF’s Executive Director.  “We’re tremendously impressed with the novels that D’Erasmo and Leung have already published and enthusiastically look forward to their future works.” 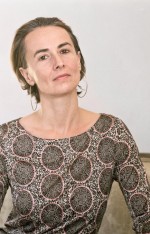 STACEY D’ERASMO holds a B.A. from Barnard College and an M.A. from New York University in English and American Literature. She was a Stegner Fellow in Fiction at Stanford University from 1995-1997. She is the author of the novels Tea, which was a New York TimesNotable Book of the Year; A Seahorse Year, which was named a Best Book of the Year by the San Francisco Chronicle and Newsday, and won both a Lambda Literary Award and a Ferro-Grumley Award; and The Sky Below, which was reviewed on the cover of The New York Times Book Review. She is the recipient of a 2009 Guggenheim Fellowship in Fiction. Her essays, features, and reviews have appeared in The New York Times Magazine, The New York Times Book Review, The Boston Review, Bookforum, andPloughshares, among other publications. She is an assistant professor of writing at Columbia University. 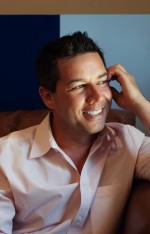 BRIAN LEUNG is the author of the short story collection, World Famous Love Acts (Sarabande, 2004), a Lambda Literary finalist and winner of both the Mary McCarthy Award for short fiction and The Asian American Literary Award for Fiction. His novels are Lost Men (Random House, 2008) and Take Me Home (HarperCollins, 2010) winner of the 2011 Willa Award for Historical Fiction. His poetry, fiction, and creative nonfiction appear in numerous publications, including the essay, “The Seismology of Love and Letters,”  forthcoming in Who’s Yer Daddy? Gay Writers Celebrate Their Mentors and Forerunners (University of Wisconsin Press, Fall 2012).  Leung currently serves on the LGBT Advisory Board at the University of Louisville where he is the Director of Creative Writing.