Winter is an excellent time to curl up with a naughty book, and there are quite a few new good ones out there to choose from. Many more erotica books are available digitally these days, and while I do get a perverse thrill carrying around The Harder She Comes: Butch/Femme Erotica or The Leather Daddy and the Femme, it’s generally easier for me to read these things on my iPad when I’m wandering around New York City on the subway. Even the Wall Street Journal mentioned this recently in their article “Books Women Read When No One Can See the Cover: How Kindle, Nook, & iPad Fuel Sales of Erotica for Women.”

For years, the general genre of erotica has been secret pleasure reading for me. And while I’m glad that ebooks are making these books more available, and that sales are up, I also hope that we continue to work to make it perfectly acceptable to read dirty books anytime and anywhere we like, without fear of such judgment from friends, family, or strangers alike. Clearly, there’s still more work to do.

But meanwhile, hope you find some enjoyable new smut. There’s lots more brewing this spring, I’ve already seen some of the previews. I predict 2012 will be an excellent year for lesbian erotica. 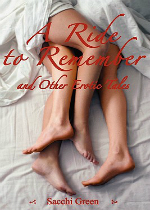 This one just crossed my desk this winter, but came out last summer. Sacchi Green you may recognize from many other impressive anthologies, as she’s a frequent contributor and editor of such books as Lesbian Cops, Lipstick on Her Collar, Lesbian Cowboys, Girl Crazy, and more. Green is an incredible writer and this is her first full-length collection of her own works, which span geography and time to explore ancient China, Victorian England, Alaska, Provincetown, and the Grand Canyon through romance, love letters, forbidden loves, and requited lust. I love Green’s turns of phrase, and love the way she skillfully crafts every rise and fall of desire. 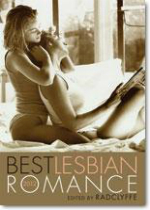 The “romance” collections often don’t do much for me—the stories are 10 pages of cooing and half a page of sex, and I’d prefer it to be the other way around. But this year’s Best Lesbian Romance 2012, the annual collection put together by Radclyffe and published by Cleis Press, is dirtier and more full of raunch than usual. Geneva King’s story “Note to Self” is fun and almost flirty with the reader, with the narrator’s frequent notes to self punctuating being set up on a blind date with her ex perfectly. Some stories include some masculine characters, like Anna Watson’s “butch of substance,” and Angela Vitale’s “James Dean of women,” which seems to be a bit rare in more lesbian-focused anthologies. Food is a theme this year, with Anna Meadows’ “Vanilla, Sugar, Butter, Salt” and Rachel Kramer Bussel’s “French Fried” both standing out. But the one that really got under my skin was “What No One Else Has,” Theda Hudson’s story about a seasoned ‘play slut’ who gets courted and wooed. I’m not sure if I appreciate the commentary on the easy kink hook-up culture or if I think that discounting play as not connective and needing something “deeper” borders on contributing to sexual shame culture—but either way, I’m still thinking about that story. 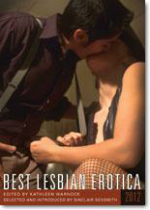 I’ve been waiting for so long for this collection to come out—the annual Best Lesbian Erotica has been hugely influential to my own erotica writing, and this year, I’m the guest editor. I probably shouldn’t even include it in this round-up, but it’s like the Superbowl of lesbian erotica releases, so I’d be lax not to. I won’t tell you that I think all the stories are super hot (though I do) and that you should rush out and purchase this from your nearest independent feminist- and queer-friendly bookstore (but you should), because I wouldn’t want to be too self-promotional. I can’t help but be racked with curiosity about what you, the general lesbian erotica reader, will think about it, and I hope it’ll find a well-worn creased-spine place with your dirty books. 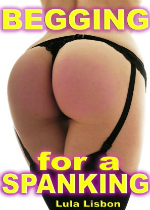 Begging for a Spanking

Begging for a Spanking
By Lula Lisbon
Self Published
Ebook, B00727ENOS,7pp.
January 2012

I haven’t seen or read anything by Lula Lisbon before, but this single story ebook is dirty and promising. I’m looking forward to more of her work in the future. 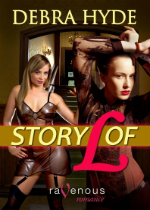 The Story of L

The Story of L is well-known erotica writer and publisher Debra Hyde’s retelling of the classic Story of O. Beginning with narrator Liv’s promiscuities, sexual pleasure seeking, and a cast of her friends, we see Liv meet her new mistress Cassandra and go through various tasks—including getting pierced—in order to become one of her “darlings,” a sexual submissive that will, in time, serve Cassandra as a full-time slave. Cassandra’s right-hand man Reese is a trans guy who is inspired by Liv’s instinctive submission. Both Reese and Liv declare that cisgender men are a hard limit for them, and while I understand that is a way to reinforce the lesbian nature of this tale, I also found it a tad misandristic. (Aren’t there other hard limits worth mentioning? Scat, necrophilia, disfigurement, those sorts of things?) Still, it is an intense D/s lesbian tale, and those are rare. Worth reading.