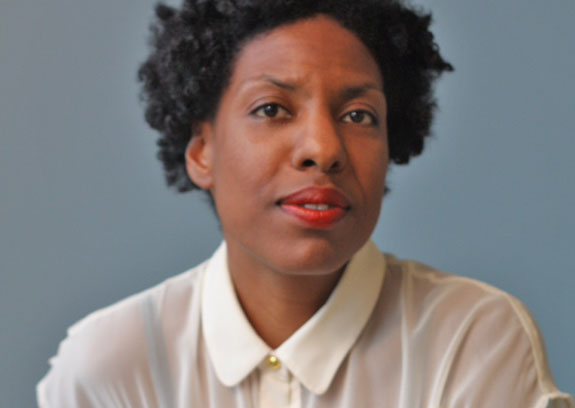 Ayana Mathis: The Absence of Joy

Ayana Mathis: The Absence of Joy

“I’m all for a good dose of literary misery, but I can’t help wonder if there aren’t additional meaningful, and dramatically potent, channels into the heart of the human experience…”

It is possible to take an animal’s heart, a rat’s is a likely candidate, and wash it of all of its cell matter, until all that remains is the matrix of a heart — not beating, not living. It is also possible to revive this dead heart with an injection of living stem cells — if the experiment is successful the cells will grow in the “ghost” heart and it will beat again. This reanimation occurred for the first time in the laboratory of stem cell pioneer Dr. Doris Taylor. She and her colleagues watched over the umpteenth cadaver heart on which they had attempted their experiment. Suddenly someone cried, “Doris, it’s beating!”

The rat heart, pulsing in its dish, had transformed from a glop of tissue into a living thing. I listened to Dr. Taylor tell her story on the radio one evening and felt a kind of awe of the miraculous. I began to think about how dead things become living ones, or shells become whole — on a smaller and less life or death scale, of course, I’m no Doris Taylor. In fiction, plot and theme and character are dead things, skeletons brought to life by an infusion of what is most essential in the writer. This vitality fills the empty chambers of a plot outline and inhabits the spirits and bodies of the characters.

More often than not, we encounter fictional characters in the throes of their miseries — grappling with their heart-rending inability be alive in the right way; that is to say, wrestling with some torment. How true and compelling their struggles are, how their pain mirrors our own and illuminates our dissatisfactions and weaknesses. As readers, we are hungry for their suffering. I am reminded of the afternoon my mother and I saw a young man arrested at the drug store. I stared as he was led out of the store in handcuffs. My mother said, “I don’t know why you’d want to see him at his lowest moment.” Though I was thoroughly ashamed of myself, I thought: but everyone wants to see people in their dark moments.

Suffering and bewilderment are great levelers, shared human experience to which we all are drawn. Isn’t anguish a part of our fascination with Crime and Punishment’s Raskolnikov, or with those beautifully rendered souls in Adam Haslett’s You Are Not A Stranger Here? We want the gory details, we want an apotheosis of pain. In fiction, torment elevates characters to a higher plane; it makes them legitimate as subjects. I’m all for a good dose of literary misery, but I can’t help wonder if there aren’t additional meaningful, and dramatically potent, channels into the heart of the human experience, another way to infuse cells. What about joy?

I am thinking of Dmitri Fyodorovich’s last hours of freedom in The Brothers Karamozov. He gallops off to a country inn in pursuit of his love Grushenka with all of the makings of an orgy in tow: fiddlers, crates of champagne and caviar, dancing gypsy girls dressed in bear suits. During the pandemonium, Dmitri and Grushenka confess their love and both are quietly transformed. I am talking about the kind of joy that mounts sentence by sentence in Stuart Dybek’s story “Pet Milk,” which begins with the narrator’s tender recollection of his grandmother’s evaporated milk swirling into a cup of hot coffee and ends with his ecstatic coupling with an ex-girlfriend in the conductor’s cab of an elevated train speeding over Chicago. “Pet Milk’s” version of joy is a dramatic crescendo, it is nostalgic without being maudlin and it is the engine propelling the story forward.

In his book, Burning Down the House, Charles Baxter calls joy “transfigurative.” Bliss might seem the most uncomplicated of emotions, but joy is complex and made more profound because it is often preceded by pain or, at the very least, by a melancholy against which it flashes like a bolt of lightning across a dark sky. Consider Celie and Shug’s affair in Alice Walker’s The Color Purple. The relationship occurs after years of violence and despair, years of the silence of Celie’s mean and loveless life. The narrative pivots on the night that Celie and Shug first make love. Celie’s transformative, humanizing joy has far reaching consequences in the novel: she leaves her beastly husband and reconnects with the children and sister she thought were dead. As a dramatic and plot device, joy has brawn enough to pull the novel forward.

Of course, joy demands care in the writing lest it wander toward cheerfulness, that chirpy narrative dead zone. Required also are antennae tuned to the ways in which it can appear unexpectedly, even paradoxically. There’s nothing surprising about euphoria at winning the lottery, but we are stunned (and unsettled) by the bucolic rapture William Wallace feels while dredging the creek bottom for his wife’s body in Eudora Welty’s “The Wide Net.” It is joy’s improbability that fascinates. Joy, real joy, is mysterious and rare— that alone is reason enough to write it, to gift its brilliance to our characters.

Ayana Mathis received an MFA from the Iowa Writers Workshop.  She is the recipient of the 2011-12 Michener Copernicus Fellowship and the Iowa Writer’s Workshop’s Teaching Writing Fellowship. Her novel, The Twelve Tribes of Hattie, is forthcoming with Knopf in fall, 2012.  She lives and writes in Brooklyn.

Ayana Mathis received an MFA from the Iowa Writers Workshop. She is the recipient of the 2011-12 Michener Copernicus Fellowship and the Iowa Writer's Workshop's Teaching Writing Fellowship. Her novel, The Twelve Tribes of Hattie, is forthcoming with Knopf in fall, 2012. She lives and writes in Brooklyn.