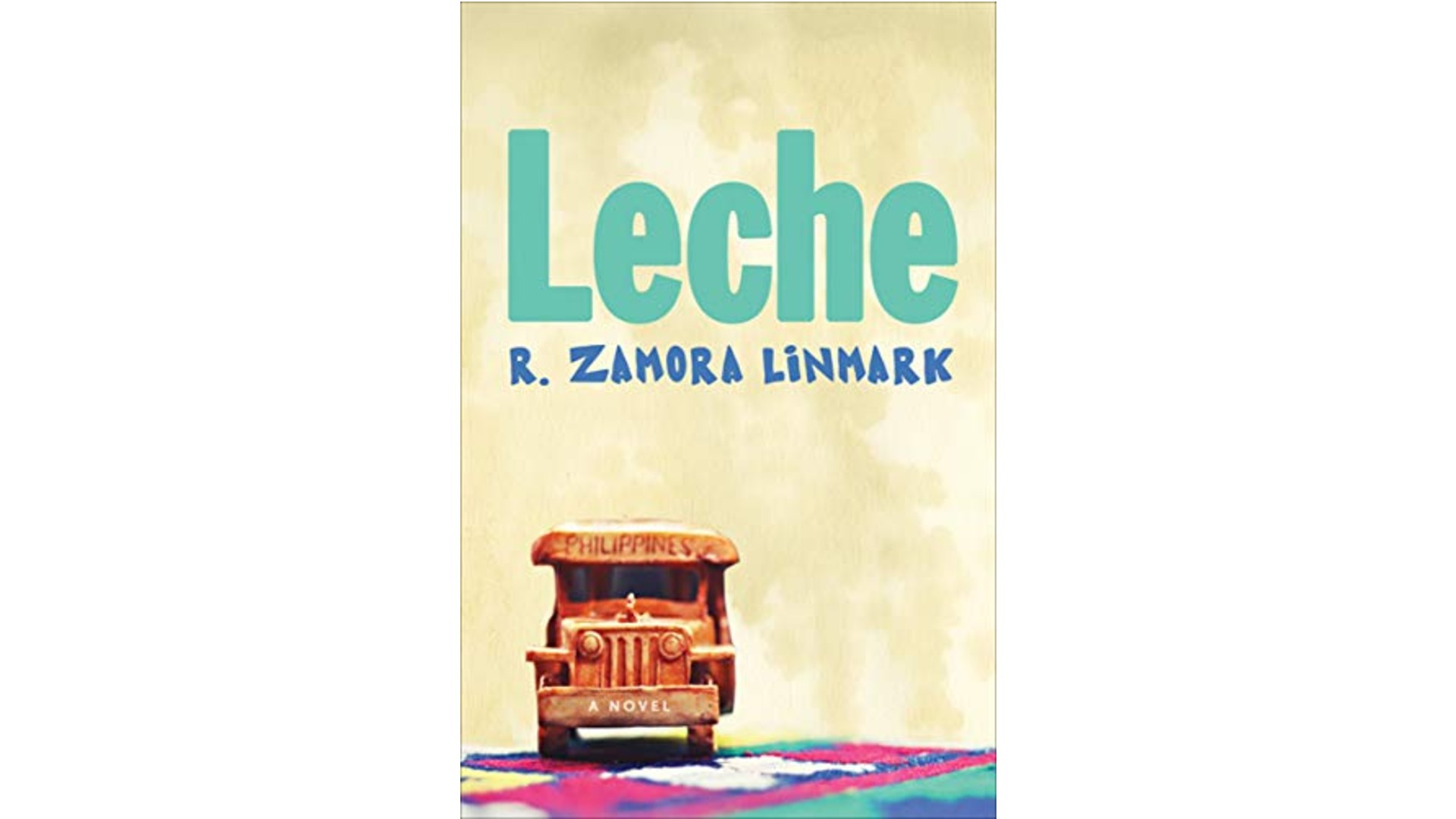 In the opening pages of R. Zamora Linmark’s sprawling new novel, Leche (Coffee House Press), a young gay Filipino-born American, Vince de Los Reyes, returns to the Philippines only to be told at Immigration that now that he owns a U.S. passport he is no longer truly Filipino. Thus, he must stand in the long line with all the other “balikbayans,” those émigrés who arrive at the airport on return visits from the States lugging rope-tied boxes stuffed with perfume samples, hand-me-down designer jeans, and appliances marked with first-world labels. The novel’s stakes are immediately apparent—Vince’s ambivalent and fractured sense of identity, the madness and the melancholy of trying to return “home.” What follows is a riotous ride through modern day Manila featuring encounters with a larger-than-life cast of characters including a (perhaps) bisexual cabbie, an activist nun, an acclaimed movie director, and President Corazon Aquino’s actress daughter, also known as the “Massacre Queen of the Philippine Cinema.”

Much like Linmark’s delightful debut novel, Rolling the R’s, which was set in Honolulu and told the story of a set of precocious fifth-graders obsessed with popular culture as a way of surviving their dispossession from the world around them, Leche manages to be at once formally inventive and compulsively readable.  With its non-stop action and experimental structure—interspersing postcard correspondence, dream sequences, and, best of all, tongue-in-cheek “Tourist Tips” and entries from “Decolonization for Beginners” that cannily anticipate the book’s own potential misreading as little more than an opportunity for some cross-cultural eavesdropping—Leche educates and entertains in equal measure. This helps make it a great candidate for a summer read at the beach, on the airplane, or in the relative calm and comfort of an air-conditioned subway car (the novel does an excellent job of evoking Manila’s extreme heat and frenetic congestion).

Some readers may find the interior landscape of the central character somewhat underdeveloped by comparison, overwhelmed as he is not just by his environment but also by the vibrant minor characters he meets as well. And the depth of Vince’s consciousness does feel somewhat compromised by the combination of the novel’s unconventional structure and the fact that it is written mostly in the third person. Still, much like Ellison’s Invisible Man or even Fitzgerald’s Nick Carraway, Vince’s principle role is that of a witness to the messiness of what it means to be American; or more precisely, in his particular case, what it means to be American, postcolonial, and queer in the early 90’s, a time when the Philippines was a hotbed of political, cultural, and environmental turmoil. Much as it still is today.

'Any Other Way: How Toronto Got Queer'
Call for Submissions: The Steven Petrow LGBTQ Fellowship
20th Annual Lambda Literary Awards

Nicholas Boggs co-edited and wrote the introduction to James Baldwin’s 'Little Man, Little Man: A Story of Childhood' (Duke, 2018). He is currently a 2020-2021 Fellow at the Leon Levy Center for Biography where he is at work on a literary biography of Baldwin to be published by Farrar, Straus, and Giroux. A portion of his MFA thesis at American University, “East Tenth Street, 1999,” was originally published in 'Chelsea Station' and selected for Best Gay Stories 2013. He teaches in the Department of English at New York University.