July is notoriously slow going in the publishing world, but there are still plenty of LGBT gems being released this month. Some highlights include: 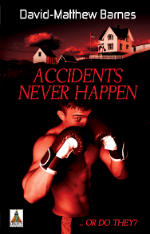