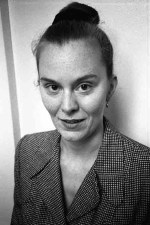 Ellis Avery is the author of two novels and a memoir.  Her first novel, The Teahouse Fire, set in the tea ceremony world of 19th century Japan, has been translated into five languages and won the Lambda Award for lesbian debut fiction and the Stonewall Fiction Award.  Her second novel, The Last Nude, inspired by the Art Deco painter Tamara de Lempicka, is forthcoming from Riverhead in January. Avery lives in Manhattan and teaches creative writing at Columbia University. 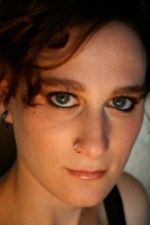 Sarah B. Burghauser is a Lambda Literary Foundation contributing writer, and has been awarded fellowships with the Lambda Literary Emerging Writers Retreat, The MacDowell Colony, and Vermont Studio Center.  Sarah publishes with A Café in Space, the Anaïs Nin literary journal, and her essay “Learning To Be In A Skin” appears in the anthology, Queer Girls in Class (Peter Lang 2011).  Currently Sarah works on her first book, a lyrical autobiographic novel about reincarnation. 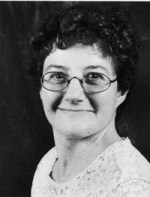 Donna Minkowitz won a Lambda Literary Award for her 1998memoir Ferocious Romance: What My Encounters with the Right Taught Me about Sex, God and Fury. She was a columnist at the Village Voice and the Advocate, and has also written for The New York Times Book

Review, Newsday, Salon, New York Magazine and The Nation. She recently completed a new memoir, The Marvelous Toy, which combines approximately 87% true memoir with the fantasy that her mother created her as a golem.

Rachel M. Simon is the winner of the 2005 Transcontinental Poetry Prize and the recipient of a 2011-2002 Purchase College Writers Center Fellowship.  She the author of the poetry collections Theory of Orange and Marginal Road.  She teaches writing, gender studies and film at SUNY Purchase College, Pace University, Poets House, and Bedford Hills Correctional Facility. 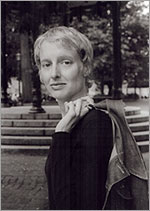 Alison Smith‘s writing has appeared in McSweeney’s, Granta, The London Telegraph, The New York Times, The Believer, Glamour, Best American Erotica , and other publications. Her first book, amemoir titled Name All the Animals, was published by Scribner. Name All the Animals won a Lambda Literary Award, was shorted-listed for the Book-Sense Book-of-the-Year Award, and was named one of the top ten books of 2004 by People Magazine.

Aoibheann Sweeney was raised in Massachusetts and attended Harvard University and the University of Virginia’s MFA Program, where she was a Henry Hoyns Fellow. Her first novel, Among Other Things, I’ve Taken Up Smoking, was published by Penguin Press in 2007 and was an Editor’s Choice at the New York Times Book Review and the recipient of a 2007 Lambda Literary Award.