Confessions of a Librarian: Dr. Christine A. Jenkins

Confessions of a Librarian: Dr. Christine A. Jenkins

Dr. Christine A. Jenkins is an associate professor at the Graduate School of Library and Information Science at the University of Illinois at Urbana-Champaign. She has been instrumental in educating current and future librarians about Children’s & Young Adult LGBT literature through her published bibliographies and coursework.

A Look at Gayness: An Annotated Bibliography of Gay Materials for Young People (1982) was the first published bibliography of LGBT literature for children and young adults; Jenkins’ work spurred the American Library Association, as well as major publishers, to take a closer look at the value of LGBT children’s/YA literature.

RW: What made you decide to become a librarian?  How did you get into the profession?

CJ: When I was a child, I read children’s books. My mother was an elementary school librarian so there were always a lot of children’s books around the house. As I grew older I read books geared for teens and adults, but I also kept reading children’s books, and rereading them.

Since I come from a family of librarians, I resisted librarianship for a while before succumbing—going into the family “business” just didn’t seem very cool to me. But finally I had to face up to the fact that I really did want to work with children and books, so I got my Masters in Library and Information Science and school media specialist certification at the University of Wisconsin at Madison.

I ended up in Ann Arbor, Michigan, where I worked as an elementary librarian for 13 very satisfying years.

RW: You went from school librarian (or library media specialist if you prefer) to library school professor at the University of Illinois at Urbana-Champaign. What motivated you to go into academia? And why the focus on children’s and YA literature in academia? What do your other colleagues think about your research focus?

I ended up with a Masters in English from Eastern and a desire to teach courses that would help students discover the magic of youth literature and youth services librarianship. I returned to UW-Madison for doctoral work and was hired by the Graduate School of Library and Information Science (GSLIS) at the University of Illinois at Urbana-Champaign to teach courses in youth services librarianship, YA literature, literacy, and LIS foundations.

Right now I’m teaching a course on literacy, reading, and readers. With the Center for Children’s Books (CCB), the CCB Bulletin, and three tenure-track faculty who focus on youth, plus a growing K-12 program, GSLIS is considered the #1 LIS school for future youth services librarians.

RW: You have been compiling a bibliography of LGBT young adult fiction from 1969 to the present.  What inspired you to work on this bibliography? What makes it stand apart from the LGBT bibliographies provided by the American Library Association and other organizations?

CJ: I became both a feminist and a librarian in the early 1970s and started collecting YA titles with LGBT content.  In 1982 a friend and I co-authored A Look at Gayness:  An Annotated Bibliography of Gay Materials for Young People, which we self-published and sold through feminist, gay, and alternative bookstores.

In the late 1980s I started taking children’s and young adult literature classes at Eastern and wrote about the trends I saw in YA literature with LGBT content—a  small body of work at that time, but also a growing one.  The numbers have grown from an average of one title per year in the 1970s, three per year in the 1980s, seven per year in the 1990s, and now well over 20 per year in the years since 2000. Observing the development of this body of literature has been—and continues to be—fascinating. 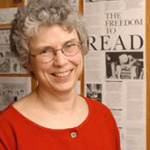 I started giving conference presentations and writing articles about this literature and met a few kindred spirits who shared my interests.  One of them was Michael Cart, author and Booklist columnist.

We’d see each other at ALA and trade bibliographies and describe our latest finds.

So we co-authored The Heart has Its Reasons: Young Adult Literature with Gay/Lesbian/Queer Content, 1969-2004 (Scarecrow). Of course there are other annotated bibliographies out there, but they often focus (understandably) on recommended titles only.

We certainly recommend titles, but we are also interested in documenting the breadth of this literature—from terrible to tedious to terrific.

RW: Based on your study of children’s/YA literature, if you could give advice to up and coming authors of LGBT children’s/YA books, what would you tell them that would help get their books published and positively reviewed?

CJ: I would tell them to read as many children’s and YA books with LGBT content as they can find,  consult bibliographies, ask librarians, search Amazon, and keep on reading.   Seeing what is already out there will help writers find the areas that have as yet received little attention from writers and publishers.

RW: What advice do you have for school librarians (or others) who would like to select LGBTIQ resources for their collections?

CJ: Have an up-to-date, board-approved collection development policy, read reviews and recommended lists, and then select the books and other resources that will meet the needs of your students and faculty.  ALL of them.  Remember, your library is not simply your library, it’s their library, it’s everyone’s library, which means there should be something in it for everyone, no exceptions.

RW: What are your favorite selection aids for LGBTIQ materials? How do you acquire your LGBTIQ titles?

CJ: I read reviews, search Amazon, talk to librarians, and browse the shelves.  I also go to the exhibits at ALA and ask publisher’s representatives about the new and forthcoming books they have with LGBT characters or content.   LGBT characters don’t have to be the protagonists—I’m interested in secondary characters as well.

RW: As e-readers become more popular, have you begun to explore the new world of Children’s/YA ebooks? Have you ever ordered any LGBTIQ ebooks? Are you yourself an ebook reader?

CJ: I am slowly starting to explore the new world of ebooks.  However, I am a self-identified “late adopter” of technology, as demonstrated by the fact that while I have a Facebook account, I rarely look at it, much to the aggravation of my more connected friends.

I have not ordered any LGBTQ YA ebooks and I am not an ebook reader myself.  Again, this isn’t because I am opposed to new technologies, but rather the fact that I already have more than enough stuff to keep track of, so for the time being I’m sticking with print-on-paper.

RW: If you ever had to sell your personal book collection, what is the ONE LGBTIQ title that you would keep, and perhaps pass on to someone of the next generation?

CJ: There are lots to choose from, but I think I would go with Finding H.F., by Julia Watts. (Alyson Books, 2001). It’s got humor, snappy dialogue, and a genuine friendship between H.F., a lesbian, and her gay friend Bo.

Most of the 200+ titles for young adults with LGBTQ content have either male or female content—that is, one or two gay male characters or one or two lesbian characters. There are VERY few that include both male and female LGBTQ characters, so Finding H.F. is groundbreaking!

If you have any questions about LGBT children’s/YA literature, please contact Dr. Jenkins at cajenkin@illinois.edu.

Erin Belieu: The VIDA Count and Women in Publishing
James L. Sutter on the Art of Role Playing and Defining His Bisexuality
Silas House: On Capturing The Rural South and Loving in a Fraught Political Climate