The Best Lesbian Erotica series put out by Cleis Press and edited, as of last year, by Kathleen Warnock is one of the bestselling erotica series, and some of the most impressive lesbian erotica publications available. If you read lesbian erotica, you’re probably familiar with this series.

The 2011 edition is no exception to this extraordinary collection. To be fair, I have a piece in this book, but I’m not just saying that it’s a great collection because I am included. But if you think that biases me too much, you’ll have to just pick up a copy and judge for yourself, or listen to another reviewer. 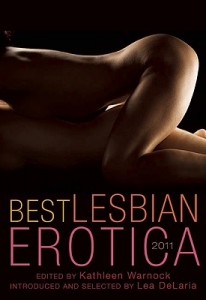 Pieces range from sweet and sultry to deep and dirty, from one-night stands to long term loves, from train rides and to ski slopes. D.L. King, Xan West, Kiki DeLovely, Nairne Holtz, and other established erotica authors are included, as well as talented newcomers. Warnock reports in her introduction that the contributors hail from six different countries this year, adding a global perspective on the sexiness that is a woman’s body. Warnock also says that the trend was toward butches this year, and though there were a few stories which explicitly mentioned the word “butch,” I didn’t find it quite as predominant as her introduction implied. Perhaps there were even more in the submissions than ended up in the book itself.

This series has earned a sublime reputation for the wide range of writers, experiences, perspectives, and  sexualities depicted, and the 2011 edition continues all of that beautifully. My personal favorite was Xan West’s intense piece “My Precious Whore,” though there were many which were lovely, and to which I will go back.

If you might like to try your hand at writing some lesbian erotica, submission guidelines for the 2012 edition of Best Lesbian Erotica have been announced, and are being accepted until April 1, 2011. 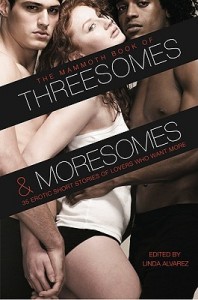 The Threesomes and Moresomes book really is mammoth; at more than 500 pages, it shares a huge range of couplings within its pages. Though there aren’t too many pieces that are exclusively lesbian, if you’re interested in boy-girl-girl threesomes or boy-boy-girl threesomes, those stories abound. Many of the writers are well known and quite talented, and from the dozens of stories included in the book you’re bound to find something interesting. It would be a wonderful read for folks who identify as bisexual or pansexual, finding all sorts of aspects of bodies hot—though there is not much inclusion of trans or genderqueer characters in this book.

It also would be interesting if you were trying to learn more about sex with multiple partners, if, perhaps, you are like me and find those encounters sometimes awkward, a whole book full of ideas for positions, encounters, things to say, and ways to get off might be a really great place to start. (I also recommend Tristan Taormino’s Expert Guide to Threesomes, but that’s in a pretty different category.) 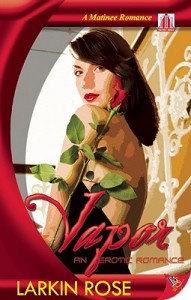 I was skeptical when I picked up Vapor, but I ended up reading it all the way through. It is campy, falling more into the pulp fiction category than literature, but it was engaging and intense, and the sex scenes were hot and well written. I got invested in the romance (and hot sex) between erotica author Ashley and chef Vic—who, by the way, is described as butch, and quite well depicted, aside from some occasional stereotypes about masculinity, such as her lack of emotional expression or preference for uncomplicated, nonemotional sexual encounters. Still, I found myself rooting for them, and invested in the intensity of their connection. If you like having context for your sex scenes, and prefer emotional connection with build-up rather than the quick-and-dirty erotic short story, you might enjoy a novel like this one. 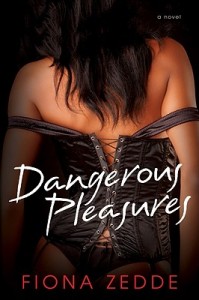 I’ve never read anything by Fiona Zedde before, but she’s published quite a few erotic novels. I was curious how a full-length novel would read, whether the sex or the plot would take over. This book follows best friends Renee and Mayson while Renee is finalizing her divorce and yoga-teacher Mayson continues her lesbian love affairs and one-night stands, preferring not to get emotionally involved. Renee starts flirting with the online hook-up world to get what she needs sexually, and that’s when things start getting dangerous. Though there is quite a lot of hetero sex included as we follow Renee’s character, Mayson’s sex life is very much included and a highlight of the story. 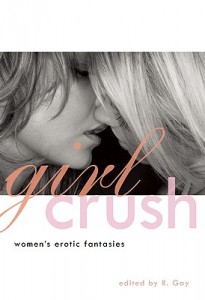 Girl Crush boasts many well-known writers, and is a lovely collection of fantasies, play, and lots of kissing. Though the stories are a little more tame than I tend to personally like my erotica stories, it’s a lovely compilation of fantasies and stories. Well-known erotica author and editor Rachel Kramer Bussel kicks off the book with a crush on a redhead girl who turns out to know exactly what she’s doing, and R. Gay closes the book with a story about a professor who knows what she wants and a grad student who is eager to give it to her. Emotional, intense, experimental, sweet, and at times dirty, this is a great selection of stories.

And on a brief personal note: