With LGBT teen suicide sadly–but finally–getting the attention of the mainstream media and general public, certain authors are getting increased visibility for exploring the subject.

We mentioned a couple of new titles on the topic in last month’s Book Buzz and Collin Kelley had a feature, “10 LGBG Teen Novels that Tackle Teen Suicide & Bullying” at lambdaliterary.org. 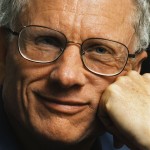 For her part, Bella Books editorial director Karin Kallmaker blogged her personal story from a femme-to-femme perspective. Karin also created a Facebook event urging her readers to “purple” their profiles with a special logo in support of The Trevor Project on October 20. She reports that the number of participants reached nearly 30,000, with the purple logo downloaded more than 7,000 times.

On the same theme, Lammy-nominated novelist Noel Alumit (Letters to Montgomery Clift) had a personalized piece in support of distressed LGBT youth in Gay.com‘s “Writes of Passage,” tied to Coming Out Day last month, and it’s accompanied by an adorable high school photo of Noel with a perm that’s not to be missed.

Jan also spoke at the North Shore Alliance of Gay & Lesbian Youth, Boston University and the University of Vermont.

While we’re on the subject, if you had trouble last month with the link for author Robin Reardon’s (A Question of Manhood) open letter, “The Case for Acceptance,” you might try this one.

The Gay & Lesbian Alliance Against Defamation (GLAAD) is accepting submissions for the 22nd Annual GLAAD Media Awards, “which honor media for their fair, accurate and inclusive representations of the lesbian, gay, bisexual and transgender community, and the issues that affect our lives.” Submitted materials must be received in the Los Angeles GLAAD office by November 17, 6 p.m. PT.  For details, click here.

As previously announced, Alyson Books publisher Don Weise has left the financially troubled company after a failed bid to purchase it from Here Media. Alyson is reportedly restructuring as an e-publisher only.

Trish Bendix, managing editor of the After Ellen site, has posted a guide to Fall books for and about lesbians, including Dear John, I Love Jane: Women Write About Leaving Men for Women, edited by Candace Walsh and Laura André. Walsh and André blogged about their process last month. Trish reports that the nonfiction book from Seal Press is “full of great pieces from women of all ages and places that discovered their true sexual orientation after having relationships with men.”

Paul Willis reports that the submission deadline for the 2nd Annual Saints and Sinners GLBT Literary Festival Short Fiction Contest has been extended to December 1. John Berendt (Midnight in the Garden of Good and Evil) will select the winning stories. There are cash and publication prizes, as well as a $15 entry fee.

Lest we forget one of our most eloquent gay literary pioneers, Vintage has released The Cross of Redemption, collected writings by and interviews with James Baldwin that have never before appeared in book form, with an introduction by Randall Kenan.

On November 8, Toronto’s This Is Not a Reading series will celebrate Arsenal Pulp Press’s monograph series Queer Film Classics, with director John Greyson (Lilies) moderating a discussion. Clips from Deepa Mehta’s Fire and Frank Vitale’s Montreal Main will be part of the program.

Multi-hyphenate Jim Pinkston (celebrity book editor-researcher-writer-former agent) reports a mutual admiration swap: Singer-composer Rufus Wainwright has written the foreword to punk-rock princess Cherry Vanilla’s new tell-all memoir, Lick Me: How I Became Cherry Vanilla, while she writes the foreword to Tim Hailand’s biography, One Day in the Life of Rufus Wainright, due out next year.

Last month, Eloise Klein Healy was awarded the West Hollywood Algonquin Literary Prize for her written work and her contributions to the literary arts. The event, which takes place annually the evening before the West Hollywood Book Fair, featured readings of her poetry by Brendan Constantine, Cheryl Klein, and Terry Wolverton. 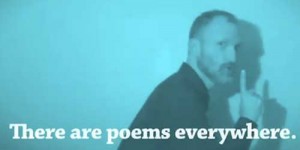 With two months left in the year, Raymond Luczak‘s third collection of poems Mute (A Midsummer Night’s Press) is #6 on Amos Lassen’s Top 11 Books of 2010.

Meanwhile, Raymond has posted two book trailers in which he talks about the collection and performs one of the poems (“Orphans”) in American Sign Language. Both clips are subtitled in English for those who aren’t fluent in ASL.

Emanuel Xavier has posted video of spoken word poetry/dance presentations featuring poems from his collection If Jesus Were Gay & other poems. The performances revolve around themes of gays in the military, the Santeria religion and a gay man’s struggle with Catholicism.

Prolific cover artist Linda Callaghan has been voted a fan favorite in the Lesbian Fiction Readers Choice Awards competition for her design of Warming Trend (Bella Books) by Karin Kallmaker.

In his syndicated Book Marks column, Richard Labonte praised Elliott Mackle’s novel Hot off the Presses (Lethe Press) (“a delicious mix of wisdom and wit—and with titillating dashes of sex and romance”). You can read the entire review at PrideSource.com.

Regarding Richard LaBonte, he has again signed up to assemble and oversee the judging panels for the 23rd annual Lambda Literary Awards, a Herculean task for which he deserves the gratitude of LGBT writers and publishers everywhere.

Stefani Deoul has a clever video trailer up to promote her novel The Carousel (A&M Books); some of her techie friends animated the book cover. You can view it here.

Author David Van Leer (The Queening of America), has written an introduction to the twentieth-anniversary edition of Jack Fritscher’s Lammy finalist Some Dance to Remember: A Memoir-Novel of San Francisco 1970-1982.

Poet Steven Reigns, back in West Hollywood from the Atlanta Queer Literary Festival, tips that photos from the annual event have been posted here. While in Atlanta, Steven read from his latest collection, Inheritance, at the Decatur Public Library, sponsored by Poets & Writers and the AQLT.

Two Rick R. Reed (rickrreed.com) novels are finalists in the 2011 EPIC eBook Awards Competition, held annually to honor distinctive works published in electronic format: The Blue Moon Café (Amberquill.com) and Mute Witness (MLR Books). Both are available in paperback and e-book formats. The award winners will be announced in March.

Erastes’s gay historical novel Muffled Drum, set against the Austro-Prussian war, has been acquired by Carina Press for Spring publication. 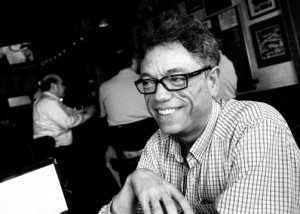 James Cihlar profiled acclaimed San Francisco poet D.A. Powell in the Minneapolis Star Tribune. James has poems of his own in the current issues of Mary and Prairie Schooner.

Garland Stewart’s Say Uncle (iUniverse, 2009), an autobiographical novel about the challenges and torment of a gay man raising five children in a small Bible Belt town, got a five-star rating at Rainbow Reviews. Garland was also interviewed about the book and the sexual abuse he suffered as a child on SistersTalk Radio.

NLA-International, a leading organization for activists in the pansexual leather community, is now accepting nominations for its annual writing awards for excellence in SM/leather/fetish writing for books, articles, novels and short fiction first published between January 1 December 31 of this year. The deadline for nominations is January 31. For more information, click here.

Adam Lowe’s Lammy-nominated illustrated novella Troglodyte Rose got a rave at The Horror Fiction Review. There’s also an interactive website and a blog about the creation of the book at Electric Literature’s The Outlet.

Artists Kurt Huggins and Zelda Devon, who illustrated the gender-bending Troglodyte Rose, won a Spectrum Fantastic Art Silver Editorial Award for their illustration of Adam’s short story, “Singer,” which appeared in Polluto 1.  If you’d like to read it, it’s reprinted here.

Sara Marx, the radio voice and guest host on the Home Shopping Network, has signed her first solo work with Bella Books. The novel, Before I Died, features a protagonist desperate to save her partner and children from the man who has already killed her. Look for it next summer.

Out poet Jeffery Beam’s work is featured in the second (Piedmont) volume of the three-volume set Literary Trails of North Carolina. Meanwhile, his new collection, Gospel Earth, has been well-reviewed by various publications, including The Independent Weekly, New Pages and Kirigirisu.

That’s all the Book Buzz for now. So, go read a book!