Like everyone else in America, I’m unemployed. But the devil finds work for idle hands and recently while cruising on Facebook I clicked on a sexy little icon that linked me to the erotic world of male/male (M/M) romance fiction. Just what the unemployed masses need. You can tell a lot about these books by their covers. Hot bare-chested studs have replaced the bodice-ripped heroines of traditional women’s romance, but the plot lines remain much the same; as do, surprisingly, the audience and the writers—straight women. Josh Lanyon, author of the popular Adrien English M/M mystery series, says, “The antecedents of M/M romance are fan fiction, and fan fiction is dominated by women.” In Lanyon’s magisterial Man, Oh, Man! Writing M/M Fiction for Kinks and Ca$h (MLR Press, 2008), he explains that fan or slash fan fiction is a subgenre of traditional women’s romance that involves male/male (hence the name, slash) pairings of characters borrowed from other fictional sources, such as Kirk and Spock from Star Trek, or celebrity personalities, and he writes, “Men have never been a huge part of the slash fandom.” Author and publisher Laura Baumbach of MLR (ManLoveRomance) Press says that she started out writing slash fan fiction. She says, “I moved into original characters when a publisher of my fan fiction had a distributor ask for more of my work.” She opened her own publishing house when readers wanted to see her M/M romance work in both print and e-book form. She says, “[Print publishers] would take gay fiction but not erotic romance and e-books didn’t want to invest heavily in print. They have all changed their minds now.” Baumbach says that though women make up the bulk, her readership does include “individual gay men looking for a few hours of enjoyment immersed in a fantasy romance about love, lust, and happily ever after. All the same reasons that make romance readers of mainstream titles tip the scales to give romance 53% of the market in books sold each year.” 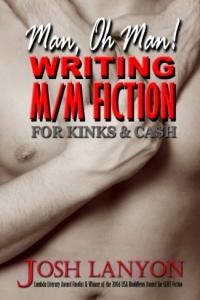 Treva Harte, editor-in-chief at Loose Id, a major M/M fiction publisher, says, “We don’t consider ourselves necessarily a ‘women’s’ romance publisher. While many women do buy our books, Loose Id publishes erotic romance, and our titles appeal to readers of both genders and many sexual orientations. However, yes, many of our female customers purchase books that feature gay men as protagonists.” Although it would seem like gay male readers would be an obvious untapped market for M/M romance, John Scognamiglio of Kensington Press is quoted by Lanyon as saying, “It’s two different audiences. Readers who are reading M/M fiction aren’t reading gay fiction. It’s two different types of books.” Lanyon says there is “a philosophical divide over whether M/M romance is in fact ‘gay’ romance. Personally, I don’t think it’s always the same thing.” In Man, Oh, Man! Lanyon argues that M/M romance presents “a more sentimental and romantic approach to love and sex than you might find in a gay romance novel.”  As hot and heavy as some M/M romance sex gets, the bottom line is that it is predominately written by women for women. He quotes Scott&Scott (Scott Pomfret and Scott Whittier), authors of the Romentics series of gay romance novels, “Perhaps they are writing M/M sex correctly physically but portraying it emotionally the way a woman would feel.” Likewise, Treva Harte of Loose Id told Lanyon, “I like M/M stories to have a more male POV, even if much of what we get is still female fantasy.” Why do straight women like to read gay erotica?  One can see straight men getting off on pseudo-lesbian porn because they fantasize about protruding into the scene, but M/M erotica is about gay sex, pure and simple, not bisexual three-ways.  The happily ever after is two men in love.  For Laura Baumbach of MLR Press it’s obvious: “One man is good, two are better. Hotter, more fascinating to women who read this genre.” While Lanyon admits in Man, Oh, Man! that M/M protagonists are very much a female fantasy and that “To write successful romance fiction, you have to tap into the reader’s fantasies,” still he argues, “There’s a great deal to appeal to gay male readers in M/M fiction.”  Lanyon says, “After all the common complaint about porn (assuming you’re a guy who has a complaint) is the lack of plot or character development, and what M/M fiction attempts to do—even the worst M/M fiction—is remedy that.”  He says, “M/M fiction is all about the relationships.”  Lanyon says, “The romantic relationship between the two male protagonists is going to be of paramount importance.”  Lanyon quotes veteran gay writer Victor J. Banis, author of the pulp classic “The Man from C.A.M.P.,” complaining, “We have the artsy fartsy books (read, dreary) which leaves me snoring, and we have the hard core erotica, which has about as much story value as a Wheaties box.  And almost nothing in between.” Another reason Lanyon believes that gay male readers have yet to make up a significant amount of the M/M romance readership is because men still prefer to buy print books and much of M/M fiction is e-published. Laura Baumbach says that even though MLR’s titles support print sales, their e-book sales far outweigh print sales. The major reason, apart from convenience, is privacy: “You don’t have to face a smirking cashier to buy an e-book,” she says. Lanyon points out that it is still transgressive for a woman to “out” herself as a reader of traditional women’s romance fiction, let alone M/M erotic romance. Lanyon says, “This is a subgenre that came into its own because the technology was there to feed a niche appetite” and as readers increasingly access the e-book format via e-readers and smart phones, sells in the genre are set to explode. Since younger gay readers and technologically oriented gay men are already geared towards e-book technology, the gay market for the genre should also increase. Lanyon thinks that because manga and yaoi, Japanese slash fan anime, is popular among younger readers and “because of the interactive nature of fan fiction, which is where a huge portion of the M/M audience come from,” that “young readers, gay and otherwise, are reading same sex romantic fiction” in large numbers. 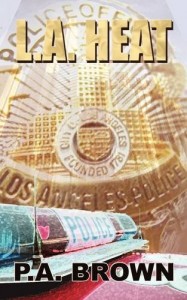 Though one might be tempted to think that gay male readers resist M/M romance because women write it, a moment’s reflection shows that this can’t be the case, since Mary Renault and Patricia Nell Warren are two of the top-selling writers of gay male romantic novels. Still, M/M erotic romance writers aim to do more than move us or entertain us; they aim to turn us on. Can women get “it” right, when it comes to the deed itself? Josh Lanyon thinks, if anything, “Women writing for this genre spend too much time focused on how the plumbing works, and not nearly enough on the individual psychology of their characters.” Writer P. A. Brown, author of LA Heat and others in the popular M/M crime series says, “I honestly don’t know if my being a woman affects my sales or not.  I get a lot of e-mails from men who love my work and they don’t seem fazed by it.  I only had one guy say he wouldn’t have read it if he knew, but since then he’s become a fan.”  She adds, “I know my readers are divided between men and women.  Some women don’t care for my books because I tend to make my characters more real, and not always the romantic heroes they want.”  She says, “My men have warts that some women don’t like.  In my head, when I write, I write for men.  If women enjoy it, great, but I want men to read them and see themselves in my characters.  But in the end, I just want to write a good story.”  As for research, Brown says, “I do watch gay porn.  I guess I watch it to get the sex right, but I also have to confess I enjoy it.”  Laura Baumbach, who co-authored the Lammy-nominated M/M crime romance Mexican Heat with Josh Lanyon, says, “I write characters that seem to appeal to both genders without a problem.  I just make sure I write men as men and not women with dicks.”  As for the anatomical aspects of gay romance, she says, “I’m a nurse, I know where things go.”  Treva Harte of Loose Id says she looks for books where the “characters ring true, be they gay or straight.”  She says her writers “use their vivid imaginations to describe any act and do whatever research they deem necessary.”  She adds, “You don’t have to commit murder to write a good mystery.”