Five New Queer Voices To Watch Out For

Five New Queer Voices To Watch Out For

Last month, hundreds gathered for the 22nd annual Lambda Literary Awards, where queer authors—some new, some well established—were honored for their contributions to literature this year. Here are five new queer voices that may not have hit your radar yet, but are undeniable talents in fiction, poetry, memoir, young adult and graphic novels. It’s just a matter of time until their names grace the ballots for a Lammy. 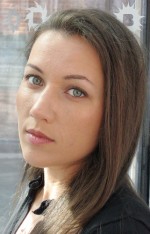 Febos’ writing manages to find humor and pathos, switching on a dime as she carries the reader along. In addition to penning stories and essays, she’s a teacher at SUNY Purchase and the Gotham Writers’ Workshop. When asked what she’d like to see next in the world of queer literature, she responds, “How about just more queer literature, period? It’s getting written, but it needs to be more visible.” No argument there. Luckily, we can expect that this is just the beginning for Febos: she’ll be a resident at the MacDowell Colony this summer. “I just want to keep writing,” she says. “Keep trying to tell the truth, whatever that turns out to be.” 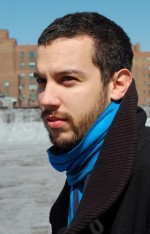 Justin Torres, fiction
A fellow of the inaugural Lambda Literary Writer’s Retreat, Justin Torres is a writer to watch out for. A recent graduate of the Iowa Writer’s Workshop, Torres has been published in Tin House, Glimmer Train, and Granta, to name a few. His story ‘Lessons,’ from Granta‘s Fathers issue, is written in vignettes, with Torres’ quick prose leaping and poetic, leaving the reader dizzy with want.

Meanwhile, LLF is not alone in getting hip to this young new talent: he was recently named a 2009 United States Artists Rolón Fellow in Literature, and was featured on National Public Radio’s Book Tour: Stories from Two Bright New Literary Voices. This fall will see him taking the prestigious Stegner Fellowship at Stanford. Those hungry for his first book hopefully won’t have to wait long, as he says he’s currently putting “the absolute final touches” on it. 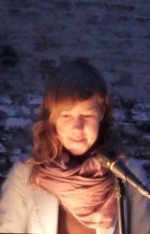 A poet, teacher, novelist, and editor, Jaime Shearn Coan is a force to be reckoned with. You can find her teaching at City College, where she received her MFA from, reading and performing around town, or leading a weekly writing workshop for at-risk queer youth at the Ali Forney Center downtown. Dear Someone is her “queerly collaborative” project, which began as a request for anonymous letters from her queer friends far and wide. The first chapbook is set to launch this summer, and submissions are being collected for a second volume.

When not donning one of these many hats, Coan writes beautiful poetry and prose, with colorful scenes painted throughout. Her work has been featured in The Mississippi Review, and she’s read at the “mostly queer and mostly poets” reading series, Uncalled For Readings. Currently she’s wrapping up her first young adult novel, Touching The Lighthouse. The story shows what happens when a mother and daughter are forced to find each other through a harrowing same experience. Ella, the protagonist, crushes out on girls, men, and women alike. “The language is very much of the body,” Coan says, describing the novel. “Sexuality, alternately repressive and generative, is the gauze that covers it all.” With Coan’s generous poetic voice, this is a young adult novel to look forward to. 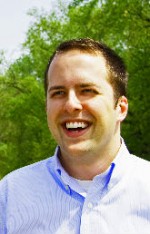 Michael Fauver, fiction
Going into his second year pursuing his MFA at the Iowa Writers’ Workshop, Michael Fauver has already won the accolades of residences at Yaddo and MacDowell, and writes a broad range of fiction and short stories. He’s currently working on Why I Won’t Remember Who You Were, a novel that combines elements of magical realism and historical fiction, set during the Cold War. In addition, he’s working on a series of surrealist short stories, including one about a mute opera singer, and another about gay air-traffic controllers. Rich with imagination and confident narration, Fauver is a fresh voice in new fiction.

When asked about the future of queer literature, his responses are thoughtful and optimistic. “I have mixed feelings about these kinds of [queer] distinctions,” he cautions. “I just think the future of literature lies, as always, with our most open-minded, fearless writers. I’m interested in what’s brave, queer or otherwise.” So, what’s on the horizon? Among other breakthroughs, Fauver concludes, “We’re going to see more humor and genre mixing, and we’re going to see more surrealism, magical realism, and science fiction. The sooner we as writers, gay or straight, embrace these wonderful modes, the sooner we can get down to the business of writing fantastic, courageous fiction.” 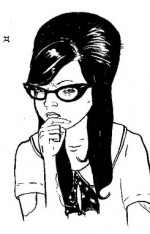 Nicole J. Georges, graphic novel
Anyone who knows Portland, OR will know Nichole J. Georges, the witty girl with the cat glasses and a devoted following for her talents as an illustrator and zinester. She’s been drawing and self-publishing zines for over fourteen years, the most popular of which have been collected into the volumes of Invincible Summer, her zine that details the quirks and thoughts of her daily life with great humor and detailed renderings of the world around her. Her talents as a zinester have translated into the Autobiographical Comics and Self-Publishing workshop she teaches to young people and seniors alike.

Most recently, Georges has joined the queer spoken word troupe Sister Spit, which was founded by Michelle Tea in the 90s and is rollicking around the country this spring. With an overhead projector and her hilarious storytelling, Georges has found an awesome way to bring her illustrations and stories to more people. It was her Sister Spit performances that garnered the attention that lead to her upcoming graphic novel, to be released from Beacon Press this year. “I always wanted to work on a longer project, a graphic novel, but never could decide what it would be about,” Georges explains. “After my 2007 Sister Spit show in New York, I was approached by a literary agent about the possibility of telling the story about my mysterious father and calling the Dr. Laura Show. The narrative around my family and this time already existed in my head, so it felt like a perfect fit.” Whatever the results, one can bet that this new work from Georges will be a good time.