Next month kicks of NewFest New York City’s premiere LGBT film festival. We found at least three films in this year’s lineup with a literary angle. From the much talked about new Allen Ginsberg biopic starring James Franco(Milk) to a 12 minute homage to Derek Jarman to a docu-drama about the 70’s arts and politics zine “Heresies” writers are making subtle cameos in Queer film festivals around the country.

Framed around the landmark obscenity trial surrounding Allen Ginsberg’s career-defining work, Howl is a star-studded, genre-busting film that shows how far we’ve come with civil rights and how far we have to go. In 1956, San Francisco poet and bookstore owner Lawrence Ferlinghetti published Ginsberg’s (James Franco, Milk) poem “Howl”, a groundbreaking record of the beat poetry movement that contained references to drug use and homosexuality. Just a few months later, Ferlinghetti was put on trial for his role in publishing taboo literature. While the battle over First Amendment rights rages in the courtroom, Howl spins off two parallel narratives: one a breathtaking animated re-imaging of the poem in question, and the other a revealing look at Ginsberg’s introduction to beat poetry and homosexuality in 1940s New York City. 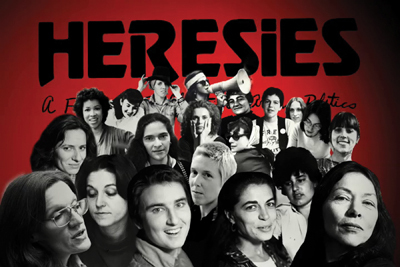 The Heretics
directed by: Joan Braderman

“HERESIES: A Feminist Publication on Art and Politics” was a groundbreaking magazine published from 1977 until 1992 in New York City. Filmmaker Joan Braderman joined the feminist art collective in the early 70’s, and now brings the group to life through the stories of past members who are scattered across the globe, now working as artists, writers, architects, curators, editors, and teachers, from painter May Stevens to filmmaker Su Friedrich. The Heretics reveals the impact Heresies had on the lives of these diverse women, and their views on the magazine and the issues today. 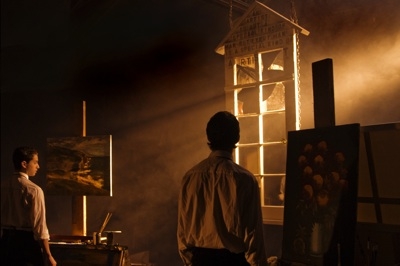