In July 1967, 20-year-old teachers college dropout Patti Smith got off a bus from Philadelphia in New York City, determined to become an artist. “No one expected me…Everything awaited me”:

Mapplethorpe, too, had escaped to New York, in his case from a straight-laced Catholic family on Long Island, in an effort to “commit his life to art alone.” For the next five years, Smith and Mapplethorpe would live and create together, moving from an almost hand-to-mouth existence of part-time jobs and sleeping in cheap, lice-ridden rooms, to the artist-filled world of the Chelsea Hotel and success.

Singer, songwriter, and founding member of the 1970’s New York punk rock scene, Patti Smith here expands on the story of her life with Mapplethorpe that she previously told using a mix of prose and poetry in The Coral Sea.

Just Kids (Ecco) captures Smith and Mapplethorpe as they work to create themselves, exploring various artistic media, from collage, to jewelry making, poetry, painting, and acting, in search of the best way to express their visions. (Ironically, they both repeatedly resisted the pull of photography and rock, the very endeavors for which they will later become celebrated.) Smith wonderfully evokes the excitement, beauty, and innocence of the downtown scene in late ‘60s New York, still in the thrall of the free and casual ‘hippie lifestyle,’ where chance encounters with strangers led more often to adventures than danger.

Just Kids often veers into full “Scenes de la Vie de Boheme” mode as familiar figures from the art, literary, and music worlds float across its pages, like “Superstar” Candy Darling and other members of Andy Warhol’s Factory entourage who continued to haunt Max’s Kansas City or Jimi Hendrix, Janis Joplin, Grace Slick and Jefferson Airplane all hanging out at the El Quixote restaurant next to the Chelsea Hotel. Poet Allen Ginsberg even miraculously appears at the Automat just when Smith is hungry and low on money, buying her a sandwich before asking, “Are you a girl? …I’m sorry. I took you for a very pretty boy.”

Smith, however, can also be quite honest about harsh reality of that too-often romanticized life as well:

I had lived in the world of my books, most of them written in the nineteenth century. Though I was prepared to sleep on benches, in subways and graveyards, until I got work, I was not ready for the constant hunger that gnawed at me. I was a skinny thing with a high metabolism and a strong appetite. Romanticism could not quench my need for food. Even Baudelaire had to eat…

Smith changes and blossoms into her own person as her relationship with Mapplethorpe waxes and wanes. The overwhelming nature of his personality and art is a recurring thread running through the book. “There came a time when Robert’s aesthetic became so consuming that I felt it was no longer our world, but his,” she writes. “I believed in him, but he had transformed out home into a theater of his own design.”

And while Just Kids shows Mapplethorpe’s growing acceptance of his homosexuality, it would not be that, but his tenacious rise thorough the New York art scene and driving ambition that would make Patti Smith begin to feel “increasingly out of place”:

He escorted me to teas, dinners, and an occasional party…I could never understand why we had to separate at dinner, or why I had to engage in discussions with people I didn’t know. I just sat in a state of internal misery waiting for the next course…in some ways his social shift was harder to surmount than his sexual shift. I needed only to comprehend and accept the duality of his sexuality. But to stay in step with him socially I would have needed to change my ways. 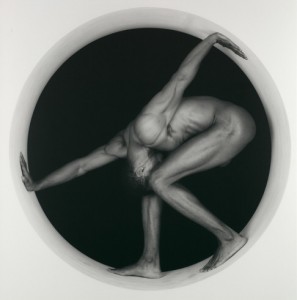 As Mapplethorpe expands his exploration of photography and begins his long relationship with art collector Sam Wagstaff, Just Kids focuses more on Smith’s own life and relationships. She has an infatuation with poet/novelist Jim Carroll (who goes hustling for drug money with Mapplethorpe on Forty-Second Street), begins and ends an affair with playwright Sam Shepard, writes rock journalism for Rolling Stone and Creem magazines, and becomes involved with Allen Lanier, guitarist for the band that became Blue Oyster Cult.

She and Mapplethorpe remain muses for each other — “Nobody sees as we do, Patti,” he says — offering inspiration and support. He pays for the studio where Smith records her first single, and Smith is among the first to see such iconic Mapplethorpe images as “Thomas in a Circle.” She asks him to create the now-famous portrait for the cover of her first album, Horses.

Keeping the focus on her relationship with Mapplethorpe, Smith quickly passes over the years after 1979 when she left New York for Detroit with guitarist Fred “Sonic” Smith, who was to become her husband, and they both enjoyed increasing success and fame. The final chapter of Just Kids movingly centers on her visits and talks with Mapplethorpe as he dealt with his final illness. “We never had any children,” Mapplethorpe says to Smith on his deathbed. “Our work was our children,” she replies.

Author of over a dozen books of poetry and lyrics, member of the Rock and Roll Hall of Fame, and named a Commander of the Ordre des Arts et des Lettres by the French Minister of Culture in 2005, Patti Smith also shows herself to be a writer of compelling and highly readable prose as well. Touching, lyrical, often humorous, and interspersed with Smith’s previously unseen, personal photographs, Just Kids is a remarkable and evocative portrait of a complex friendship, and the story of the early development of two provocative artists.
——
JUST KIDS
By Patti Smith
Ecco
9780066211312, Hardcover, 304p

'A Sense of Direction: Pilgrimage for the Restless and the Hopeful' by Gideon Lewis-Kraus
'Where's My Wand?' by Eric Poole
'Out in the Union: A Labor History of Queer America' by Miriam Frank