Emphasis on Community at the 2010 Triangle Awards

Emphasis on Community at the 2010 Triangle Awards

The 2010 Triangle Awards were held in the New School’s Tishman Auditorium this Thursday night, where prizes were given in the categories of lesbian poetry, gay poetry, debut fiction, LGBT fiction, gay nonfiction and lesbian nonfiction. There to accept the Thom Gunn Award for Gay Poetry for his book Poems of the Black Object (Futurepoem Books) was Ronaldo V. Wilson, who confessed to following Thom Gunn around the Berkley campus as a student and said that the award was especially meaningful because the book had been so difficult to write, taking him nearly fourteen years to complete. The Publishing Triangle also honored publicist and independent publishing maven Michele Karlsberg for her leadership in the industry, as well as activist-historian Blanche Wiesen Cook, this year’s recipient of the Bill Whitehead Award for Lifetime Achievement. In their acceptance speeches, both women stressed the important role community has played in their careers. Karlsberg, introduced by friend and client Kate Clinton, said that for her “the experience of community” is what it’s all about and that she is committed to writers because she believes they save lives and preserve history. Blanche Wiesen Cook gave an impassioned, often political speech, recounting her early days of activist work (and wild nights at lesbian bars!) alongside fellow pioneers like Audre Lorde, and encouraged the audience to rally against the classism, sexism and inequality that persist in the United States and abroad. 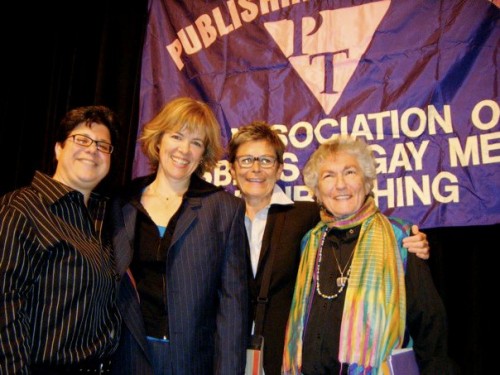 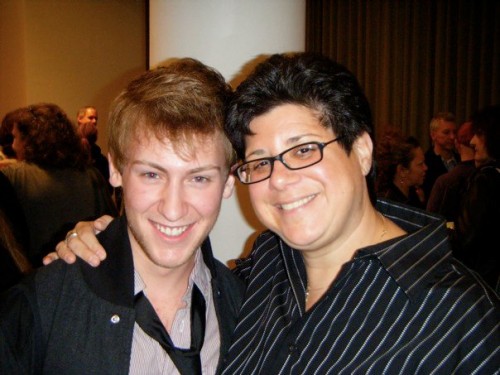 After the Awards, I had the chance to catch up with some of the winners at the reception, held a block away in the New School’s Arnhold Hall. Sebastian Stuart, who received the Ferro-Grumley Award for LGBT Fiction earlier in the night, talked with me about his winning book, The Hour Between (Alyson Books), a coming-of-age story set at a Connecticut boarding school in the 1960s. The book, he said, is “really about friendship,” and inspired by his own experiences at the “really nutty” but progressive boarding school he attended after being expelled from Manhattan’s prestigious Collegiate School. Stuart’s next venture, to be released in September, will be the first in a series of mystery novels set in the Hudson Valley. He describes the book as “gay-ish”—though the female protagonist doesn’t identify as a lesbian, she does have a gay best friend—and suggested that later in the series his heroine might flirt with possibility of an affair with another woman. I also chatted with Michele Karlsberg about the future of LGBT publishing, which she thinks, in its third wave, is returning to a focus on “deep, grassroots promotion of your work.” Since so many of the bookstores that have closed in recent years were centers of the community, she explained, the embedded audiences created by organizations like Lambda Literary and the Publishing Triangle have become central to the vitality of LGBT literature. The incredible passion of and for the community was certainly evident during Thursday night’s Awards, proving that however the landscape of LGBT literature and publishing might be changing, the spirit is alive and strong.

The Edmund White Award for Debut Fiction
Lori Ostlund, The Bigness of the World (University of Georgia Press)

The Ferro-Grumley Award for LGBT Fiction
Sebastian Stuart, The Hour Between (Alyson Books)

The 2010 Triangle Awards were hosted by the Publishing Triangle, The Ferro-Grumley Literary Awards and the New School, and sponsored by HarperCollins, with support from Curtis Brown, Ltd. 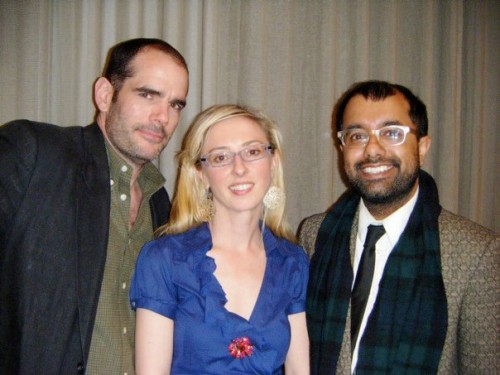 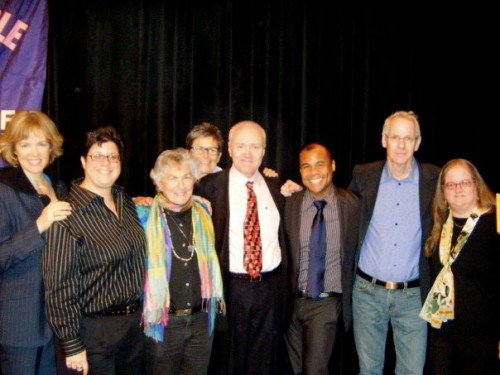 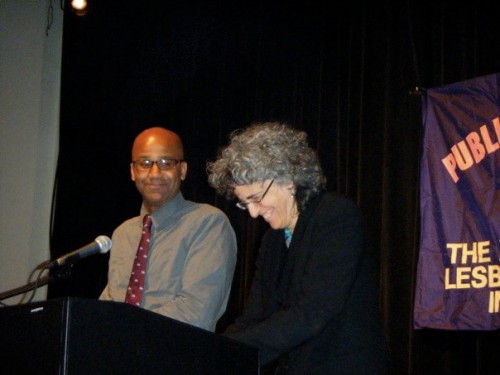