“chaos/ in the shape of two vulval wings—/the butterfly effect”

This line is from the opening poem of The Butterfly Effect, a stunning collection of poetry by Susan Hawthorne that was ten years in the making. The “butterfly effect” refers to a principle of chaos theory that “small differences in the initial condition of a dynamical system may produce large variations in the long term behavior of the system.” Hawthorne’s verses reverberate with the cumulative effect of historical lesbian lives, picking up momentum and sweeping the reader along in a torrent of ideas and artifacts that may at first appear chaotic, but which are brilliantly synthesized to illustrate the potential global impact of lesbian culture.

The dynamics of chaos are a theme in a second collection titled Bird and Other Writings on Epilepsy. Here, Hawthorne takes her readers on a journey into the heart of her own experience of living with epilepsy:

I lie there struggling to
breathe, but they have no
mercy, they trample me

beneath hob-nailed boots,
the underworld beckons,
their little hands seizing

takes pity, levers me upwards
towards the light. Do not look
back, she says. Do not ask 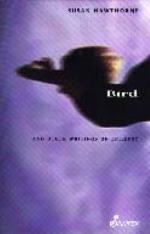 The poems in Bird reflect and refract the experience of epilepsy through a variety of lenses, including classical metaphor, clinical exegesis, personal anecdote, and lesbian intimacy. Through inventive imagery, Hawthorne solves the conundrum of describing what it is like “to be no witness/ to an event/ experienced in the/ body, absent from/ the mind.”

In Earth’s Breath, a collection of poems about a Category-5 cyclone, the subject is again chaos. In 2006, Hawthorne, her partner, and her dog survived the havoc of Cyclone Larry along the northeast coast of Australia. This first-person account is harrowing, beginning with the advance warnings and the preparations in the eerie calm-before-the-storm, and ending with descriptions of the scarred landscape two years later. 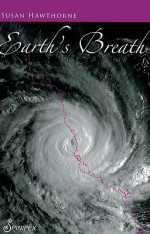 As with her two previous collections, Earth’s Breath depicts a vast historical and emotional landscape through meticulous attention to detail. In this case, much of the detail reflects the poet’s love of the natural world: She writes of the frigatebirds, the olive python, the white cockatoos, the green tree frog—and “a landscape of skeletons/ trees in spiral twist, trunks unbarked, vertebrae exposed/ tarsal and metatarsal, twig and branch.” After the cyclone, she describes the emergence from the house, the first contact with a neighbor, the media coverage, the clean-up, and the replanting. The poems progress to depictions of “the cyclone inside,” as her post-traumatic symptoms develop. The ripples of the storm continue outward, from the personal to the political, as Hawthorne makes connections to cyclones in Burma and Bangladesh, other Australian cyclones, and to Hurricane Katrina. 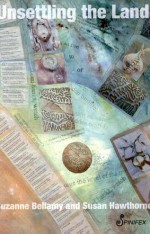 Unsettling the Land is a chapbook of art and poetry created in collaboration with visual artist Suzanne Bellamy, on the subject of drought. Hawthorne weaves personal experience into a narrative about the ecological devastation resulting from our collective “unsettling of the land.”

Susan Hawthorne, a scholar of Ancient Greek and Sanskrit, is the co-founder of Spinifex Press, Australia’s largest feminist press and publishers of an impressive roster of international lesbian writers. In addition to her lesbian activism, Hawthorne is also an aerialist who has performed in women’s and lesbian circuses in Australia. In the title poem of Bird, the poet tells of her dream of becoming an aerialist and how, as a girl living with epilepsy, this dream was obstructed. In spite of institutional resistance, Hawthorne found a way to fly, and it is this indomitable spirit, informed by a radical lesbian and feminist perspective, that lifts her poems and her readers above the chaos.

“I’ve already said too much”: Sylvia Byrne Pollack’s Risking It and the Power of Poetic Compression
Permanent Volta by Rosie Stockton: the Queer Poems of Intimacy We’ve all Needed
May We Present... Muriel Leung's Imagine Us, The Swarm