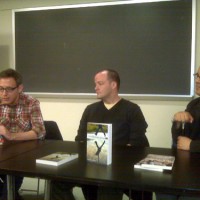 This past Saturday, the Rainbow Book Fair moved into new quarters for its second year. Held at held at The Center for Gay and Lesbian Studies at The City University of New York, the fair took over the building’s concourse level giving the attendees plenty of space to check out the exhibitors. In addition, panels and readings were held in rooms connected to the exhibitor area, which made everything easily accessible for attendees. 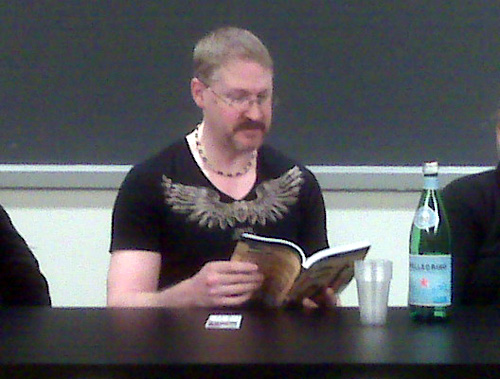 Over three dozen exhibitors displayed a wide variety of books and magazines, truly offering something for everyone. Especially impressive were the many genres of books from romance to poetry to erotica to biography to photography to picture books for children as well as books that spoke to seemingly every ethnic background. Many authors were on hand to meet readers and sign books.

A good example of the fair’s diversity comes from the reading series offered throughout the day. Each reading was approximately 20-minutes long and featured between three and five authors. Here’s what one segment offered:

Six panel discussions were presented with topics that included travel writing, biography and history, queer playwrights, the state of independent and gay bookshops and running a small press without going broke.

The Queer Books, Queer Kids: LGBT Writing for Children and Teens panel covered a lot of ground from picture books for children to books that target the middle school and high school teen audience. Panelists Rigoberto Gonzalez (who has written for teens with The Mariposa Club and for young children with the picture book Antonio’s Card / La Tarjeta de Antonio), Patrick Ryan (author of In Mike We Trust, nominated for a 2009 Lambda Literary Award in the LGBT Children’s/Young Adult category) and Martin Wilson (whose What They Always Tell Us was a 2009 Lambda Literary Award nominee in the Children’s/YA category) offered their take on the current marketplace.

One of the issues brought up on this panel was the lack of books for the five to 12 year-olds. It’s difficult to find gay characters, even in supporting roles, for the age group in between the two genres. There were no good answers for how to solve this problem, but the panel and the audience agreed it needed to be addressed.

Hopefully the third installment of the Rainbow Book Fair will find even more ways to expand. It will be great to see what they organize for 2011 to further showcase LGBT literature in all its forms. 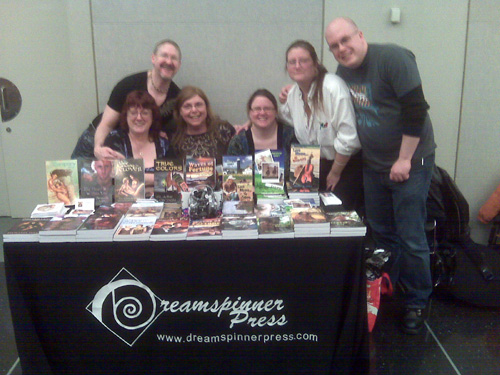 A New Trilogy from Marlon James, the Novel in the Age of Obama, and More LGBT News
Colm Tóibín on the Casual Brilliance of Edmund White
Writer and Activist Michelle Cliff, 69, has Died