‘Mornings with Mailer: A Recollection of Friendship’ by Dwayne Raymond

‘Mornings with Mailer: A Recollection of Friendship’ by Dwayne Raymond 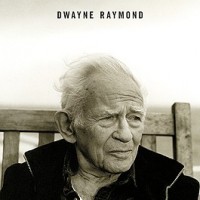 Here we have a literary memoir without a supporting cast of glitzy celebrities, no salacious gossip, and not a hint of sex.  And here’s the kicker:  I liked it! With Mornings with Mailer: A Recollection of Friendship, author Dwayne Raymond has crafted a well written and tender look into the last years of one of our most celebrated writers.

Raymond, an aspiring writer, was waiting tables when he first encountered Norman Mailer at the Cape Cod restaurant he was working.  They ran into each other several times around Provincetown–where they both lived, forming a casual acquaintance. Raymond made a strong enough impression for Mailer to think of him when he needed an assistant to help him work on the new book he was beginning in the spring of 2003, The Castle in the Forest.

The question with such a memoir is, can you enjoy the book even if you are not familiar with Mailer and his work?  The answer is yes.  Raymond paints a touching and absorbing picture of not only a  literary lion in physical (if never mental) decline, but also of a not-so-young writer struggling to find himself under the tutelage of a much older and more successful one.

Raymond is candid about his own place in life at the time the eighty-year-old Mailer hired him.  His life, he writes, was “unremarkable and rooted in the daily grind of repetition and fractured aspirations.”  In a passage many artists who take interim jobs for survival can relate to, Raymond further describes his plight: “I had forgotten most of the reasons I’d moved to Provincetown by squandering away the core of them over years of menial jobs taken merely to stay afloat.”

When Mailer  invited him to be a part of his working life, he leapt at the opportunity.  “Now, perhaps a new door was opening; one that offered a revival of my interests and one that would teach me to think again while stilling my downward-spiraling stagnancy.”

It seems, however, that the lives of both men were enriched by the association.  Over the next four years, until Mailer’s death in 2007, Raymond became much more than the typical assistant and eventually helped see Mailer through four books.  In addition to offering editorial assistance, Raymond also became Mailer’s cook, driver and someone to bounce ideas off of.  He became a friend to Mailer, his wife Norris, and the rest of the family

Raymond takes the opportunity to set the record straight on several misconceptions regarding Mailer’s public persona, for instance a perceived homophobia.  “Norman was anything but bigoted,” Raymond writes, “and as far from homophobic as a man could be.  It forever amazes me that such untruths about him prevail.  If anything, Norman was the consummate male because he had no apprehensions about gay men in any way.”  Raymond goes on to describe how Mailer went so far as to offer counsel regarding his own homosexual relationship.  He also reveals that Mailer was a good father to the nine children he had with six wives.   “Norman may not have been a model father in the American sense, but he was never lackluster, never deficient with advice, and always fell into a state of delight when one of his children was near.”

Raymond is also is quite good at describing the master at work. “I was awed by his concern for every line and how it sounded to his ear as he wrote on clean, white typing paper.  I heard his shallow whisper repeating, repeating, repeating; changing tone, varying strain, stressing and subsequently slaughtering lines only to resuscitate them with droning repetition.  All the while his hand thumped at the edge of his desk to music only he could hear.”

All through the book Raymond seamlessly weaves in his own personal story with an expert hand including stories of his mother, grandparents, and especially about his complicated problems with his partner, Thomas.

Raymond’s prose is solid and imaginative without being distracting although he occasionally takes a description one sentence too far: “I did my best to conceal the curiosities that were holding a boxing match in my stomach from climbing to my face.”

Throughout his reminiscences, Raymond is respectful, insightful and finds just the right balance of what to reveal and what not to reveal–as when he describes a turning point in his closeness with Mailer’s wife, Norris.  “…one afternoon she shed tears in front of me out of frustration over something delicate and personal.  She trusted me enough to allow herself to open up around me, which informed me that our bond was reciprocal and important and not to be taken lightly.”  Raymond doesn’t reveal the reason behind the shed tears while making clear his importance in the Mailer household.

A  celebrated author with Mailer’s experience most probably realized anyone he brought into his fold–particularly a writer–to work with him so closely towards the end of his life would very likely result in some sort of memoir revealing details about the experience. “When  Norman decided to trust someone,” Raymond explains, “he tended to do so completely.” With Dwayne Raymond, Mailer chose wisely.

'Getting Off' by Erica Garza
Meredith Talusan Artfully Navigates the Complexities of Identity in Her Debut Memoir Fairest
'Wagstaff: Before and After Mapplethorpe: A Biography' by Philip Gefter

Charles Casillo is the author of "The Fame Game," "Boys, Lost & Found," "Outlaw: The LIves and Careers of John Rechy," and "The Marilyn Diaries." His movies include "Let Me Die Quietly" and the upcoming "Fetish" starring Joan Collins.