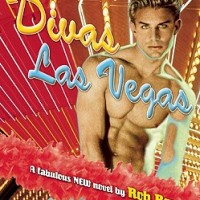 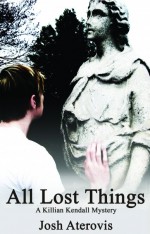 In the third in a whodunit series that deserves to be better known, young Killian Kendall’s life is changing fast. He graduates from high school, breaks up with his boyfriend, Asher, and takes a job as an assistant in the office of a Salisbury, Maryland, private investigator, Shane Novak. There is more than a touch of the supernatural in Killian’s life. Intermittently he has dreams of a horrendous murder and visits from his murdered friend Seth (from Bleeding Hearts, the first novel in the series). More psychic visitations occur when one of his foster dads buys a haunted house. Then Asher asks him to prove that their former classmate Caleb Cohen did not commit the murder that Killian has been foreseeing in his nightmares. Novak offers to help but has trouble reining in his gung-ho amateur sleuth. In the process of solving the murder, Killian must examine his own hidden motives behind what he chooses to reveal to Asher about Caleb. The case becomes an important stage in his growth towards adulthood. Curiously, in the entire history of the gay mystery, save for some porn examples and Mabel Maney’s parody of the Hardy Boys, this is only the second series (after two novels by R.J. Hamilton, a.k.a. Ruth Sims) to have a gay teenage sleuth. Adults can certainly relate to this fast-moving story, but the three Killian Kendall mysteries would be ideal presents for a gay teenager. 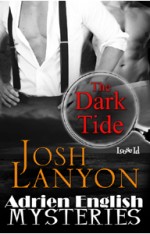 The story line in this, apparently the final Adrien English title, follows hard on the end of the fourth novel, Death of a Pirate King. The amateur sleuth is recuperating after open-heart surgery brought on as a result of being shot in the earlier novel, and his LAPD contact, Jake Riordan, is ready to move on with his new life since coming out to his family and his wife and quitting the police force. Adrien slowly comes to face the truth that fear, as one of the people in the new case sums up, is like “a dark tide sweeping in and pulling you out into the deep.” He searches for the courage to seek a resolution to the arc of his tumultuous off-and-on-again love affair with Jake. The catalyst for their final self-confrontation is the discovery of a skeleton between the floor joists of the other half of the building housing Adrien’s mystery bookstore. Business has been good enough for him to expand, and he is having his newly acquired property undergo renovation. The skeleton turns out to be that of a clarinetist who disappeared in 1959. At the same time a series of forced entries occur in the building, which also houses Adrien’s apartment. Convinced the break-ins have something to do with the murdered musician, Adrien hires Jake in his new role as a P.I. to investigate. The trail unexpectedly leads to a treasure looted by the Nazis in France and brought to Los Angeles. The novel’s emphasis, however, is more on Adrien’s personal mysteries than on the murder case, and the denouncement is no real surprise. Lanyon probably knows more about the gay mystery heritage than any other novelist. Here the spirit of Raymond Chandler’s most homoerotic work, The Long Goodbye, hovers over The Dark Tidefrom epigraph to a final ironic twist on Chandler’s own concluding lines. 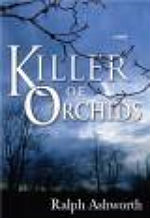 By all odds, this debut novel should not work since its author takes one risk after another with readers. Yet, somehow, he brings it off. His first risk is his most unorthodox choice of his team of amateur sleuths. Jeff Redwing, a part Cherokee, part Irish computer software expert in his thirties, is openly gay. His partner is an eleven-year-old, fatherless prodigy, Xander Pooka, almost certainly straight. They are in an unofficial big brother / little brother relationship, with Xander’s mother’s full approval. Just to up the ante of risks, Jeff seldom concerns himself about clothes in his own home even when Xander is around — and absolutely nothing sexual is even hinted at. The author deliberately evokes the religious right’s biggest boogieman as if to taunt them about just how foul-minded they are. Sexually, Jeff is stirred by Jeremy Richer, the brother-in-law of one of the first victims. Jeremy has conflicts though, chiefly about whether he has a calling to be a priest. Another huge risk the author takes is the very form of his novel. With tongue firmly in cheek, he frequently intrudes upon his narrative. And it is he who closes the case, not the two detectives (although it is clear that Jeff has arrived at the truth). One finishes the book feeling maybe a bit guilty at having enjoyed it so much. As for the mystery itself: a secret group has launched an attack against unfeeling corporate-minded America by beheading administrators who arbitrarily hurt people under them. Until the end, however, it is not clear how the opening murder — two men attacked by a Samurai warrior in a Wendy’s parking lot in Pittsburgh (even the first chapter takes audacious risks in setting up the plot) — connects with the other deaths. Hands down, the author has created one of the freshest novels of 2009. 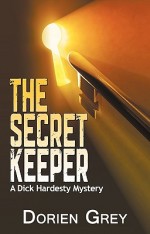 Dick Hardesty. P.I., returns for his twelfth case. Though a gay airline steward hires him to look into the supposed suicide of his ninety-year-old grandfather, the investigation is so far unique in the series in that, as Dick observes, “there were more potential straight suspects than gays. This put a dent in any […] advantages I might normally have had if everyone involved was gay.” At first Dick is inclined to go along with the police that Clarence Bement, depressed by the death of a close friend, has killed himself. But then someone makes the mistake of trying to kill Dick’s lover, Jonathan. The latter briefly worked for the dead man as his gardener and is convinced he was not the type to kill himself. As Dick begins delving deeper, he becomes convinced that an earlier, supposedly accidental death too was murder. Ironically, were he open with Jonathan about his cases, this one would be solved almost from the start. While playing fair with his clues and remaining always plausible, the author has gotten better at concealing the killer until the showdown. Throughout the series, Grey has always been interested in examining social problems that pose peculiar burdens for gays; here he examines briefly the difficulties hearing impaired gays have in leading a normal life. 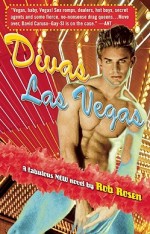 Far too many gay mystery writers succumb to the temptation to try to camp up their story. For every novel that swishes its way to success, another doesn’t even make it to the level of “cute.” Rosen’s latest is happily one of the successful ones, throwing in just the proper ballast of reality and coarseness to balance the froth and frills. The story begins slowly. Bill Miller, generally know to his friends as Em (as in Auntie), persuades his best friend, Justin (the tin man), to go with him to Las Vegas on a lark. The ugly vase that was Em’s grandmother’s, which his mother sold in a pique, has shown up in an episode filmed there of PBS’s Antiques Roadshow. Their innocuous search for its new owner — mixed with various diversions into sex, booze, and gambling — turns deadly when the man who now owns the family heirloom is murdered and the vase stolen. There soon follow two more deaths, almost certainly a case of mistaken identity with Em and Justin as the intended victims. All the while two men in a black Mercedes keep trailing them. Not one to scurry back to safety in San Francisco, our boys instead summon their good friend Glenda (the good witch) to join them and to bring along a few frocks and the proper accessories to go full drag after potential sources of information. More than once in reading the novel I thought of the film Go (and even The Hangover) as French farce and grand guignol quickly mingle — before all is sorted out and it is revealed just how many of the characters, good and bad, are someone other than who they appear to be. The ending leaves open the possibility that this could turn into, of all things, an FBI series. 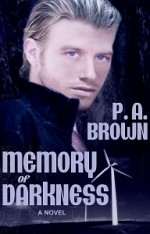 I confess that I am not a fan of the author’s L.A. homicide series and have mixed feelings about her mystery The Geography of Murder, so I was pleasantly surprised to find that I thoroughly enjoyed this comic variation of the hero on the lam from the police. Petty criminal John Wager picks up a cute trick at the West Hollywood Pride Parade and takes him to a sleazy motel. There while in the act, they are ambushed by two masked men who leave the trick dead and Wager out cold. He comes around to the sound of police sirens. Given his felony record, not to mention the fact that his son is a member of the local sheriff department, he decides the better part of wisdom is to get as far away from the corpse as possible. His ex-wife is clearly not going to offer him any help. But while hiding out in Ferndell Park, he meets a porno filmmaker when the latter’s dog uses Wagner’s leg as a fire hydrant, and he goes home with him to hide out. Before the zany plot reaches its merry resolution, a 6’5″ drag queen, her Puerto Rican boyfriend, and Wagner’s son (who turns out to have had a secret earlier career), not to mention the Armenian mafia who began the whole affair, are careening around greater Los Angeles like so many balls in a pinball machine. Since I’ve started free-associating about kindred spirits, let me continue: here my thoughts kept drifting to James Robert Baker’s Adrenaline. Brown’s novel is much lighter than Baker’s, but it measures up well. 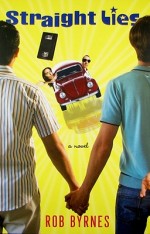 For years film star Romeo Romeo has been building his film career on his image of “the brave gay actor who has stepped forward when all the closet cases were […] being closet cases.” But Jamie Brock (from Trust Fund Boys), using an outdated camcorder, gets the proof that the star is actually very heterosexual. Jamie is all set to blackmail Romeo, when he stupidly leaves the incriminating tape in a taxicab. He turns to long-time petty crime professional Grant Lambert, the antihero of the novel, to find the tape — for a cut in the proposed blackmail money. Soon Grant is pulling his lover, Chase LaMarca, and most of his friends into what turns out to be, as in all good capers, an accelerating series of comical mishaps. In the process Byrnes creates a memorable string of eccentric characters and gets to skewer various pretentious New York types. One leaves the novel dizzy from all the twists and turns the plot takes as Grant invents one ingenious scheme after another, only to have each one somehow blow up in his face. No doubt the spirit of the late Donald E. Westlake floats benevolently over the novel, but this is totally vintage Byrnes with his own signature writ large and clear.

'Cold Feet' by Karen Pullen
‘Fever Of The Bone' by Val McDermid
Book Lovers: The 12 Nights of Christmas