Tom Ford dominates his film adaptation of Christopher Isherwood’s A Single Man with a slick visual aesthetic that too often obscures the subtleties of human emotion its lead actor, Colin Firth, displays. A few days after seeing the film, Ford’s meticulous images (a couple’s intimate talk poised on a precarious cliff, naked male torsos writhing under water) faded quickly from my mind as if I was turning the page in a fashion magazine. However, Mr. Firth’s character, George Falconer, a gay English professor living a mostly closeted life in 1960’s Los Angeles, lived with me for weeks as I was heartened by the continuing evolution of gay and lesbian characters on film. 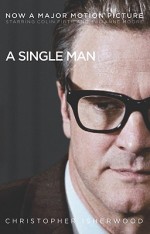 George is not only the centerpiece of the movie, he is given a complex interior life, filled with astute observations about love and grief that transcend his gay identity. Yet, despite these advances, I was left with one nagging question: why did this story need to include the ubiquitous gay suicidal ideation in its narrative? I decided to read the source material, the classic book that Edmund White touts as “one of the first and best novels of the modern gay liberation movement” and was shocked to discover no notions of suicide in it. If a book written in a pre-Stonewall world didn’t need this in it, then why would a film version made almost a half century later?

In both the book and movie, we witness a day in the life of George, who has recently lost his long time lover, Jim (played in the film by Matthew Goode), to a car accident. This being the sixties, George is unable to share his grief with anyone but his closest friend, Charlotte (a glamorous Julianne Moore), who still harbors romantic feelings for him and reflects the ignorance of the culture at the time: even though she witnessed the intimacy between George and Jim, she still wonders if George missed out on a “real” relationship with a wife and children.

In the book, Isherwood astutely maps the physical and psychological effects of this stifled grief with a precision so recognizable, the reader is viscerally aware of it. As strong emotion does, it charges every conversation, every action and thought, with its energy. Like the best novels of this era (Sylvia Plath’s The Bell Jar and Joan Didion’s Play It As It Lays come to mind), Isherwood always ties this grief and depression to the body, so as not to get lost in the psychobabble of the self-help literature (i.e. Dr. Thomas Harris’ I’m OK, You’re OK and Dr. Eric Berne’s Games People Play) that came to popularity later in the decade.

Mr. Firth is faithful to this in his performance, registering this force in the slack of his jaw and shoulders and only incrementally rebuilding his posture and smile as the film progresses.

What is revolutionary about how Isherwood wrote and how Firth performs this character is the ways they humanize George in a world that has chosen to dehumanize him, to include him in a human spectrum that usually ostracizes GLBT characters. Unfortunately, Mr. Ford and his screenwriting partner, David Scearce, chose to include the stereotypical notion that all gay characters in the face of tragedy and without the support of society must contemplate suicide, a fate that was too often expected for gay characters, especially in films about this era, such as Don Murray’s Brig Anderson in Advise and Consent and Shirley MacLaine’s Martha Doble in The Children’s Hour. For Isherwood to not include this was a huge leap forward and in the book’s ending, George is left contemplating mortality as his heart races toward an attack, but death is not definite, it’s as it is for everyone, an ever present possibility; in the movie, the suicide attempt is aborted, but the heart attack leaves George pale and dead on his bedroom floor.

Mr. Ford has said that this movie is “extremely autobiographical” and that when “George decides to take his own life all of a sudden the beauty of the world starts to pull at him,” statements which suggest another, more personal film might be in his future, one where his eye for artificiality might reflect the world of his characters more. With the recent suicide of fashion designer Alexander McQueen, I could see Mr. Ford telling a very moving story about the struggle to create and be human in an industry that focuses solely on surfaces. For this story, though, it’s Isherwood’s choice to not make George a tragic character, to give him sparks of redemption throughout the day and to leave his ending open that makes it more universal.

Cannes Jury Hands Top Honor to Sex-Soaked Lesbian Epic
Edmund White and James Franco in Conversation, Chelsea Manning Hits the Town, and Other LGBT News
In the News: Edmund White, Must Reads for the Summer, and Hip-Hop and the LGBT Community

Steven Rydman has an MFA in Creative Writing from Antioch University Los Angeles and his poetry and short fiction have appeared in numerous journals, including Narrative, The Southeast Review, and The Los Angeles Review. He currently serves as the poetry editor for Gertrude Press and manages a bookstore in Key West, FL.