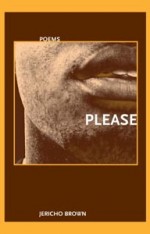 Brown is a generous writer—he never forgets his audience, never turns his back or forgets that you’ve paid your admission.  He starts by explaining himself, opening the collection with an ars poetica, “Track 1: Lush Life.”  It begins, “The woman with the microphone sings to hurt you” (7).   Like one of Dante’s tormented, he has told you this to make you suffer.  But for Brown it’s an exquisite hurt, the kind that might remind you that you’re alive.  There are obligations to be fulfilled here, duties to tend to.  “She does not mean to entertain/ You and neither do I.”  Though that’s not to say he doesn’t love the audience, doesn’t crave the spotlight and attention.  Brown makes it clear that art isn’t about escaping pain but rather about throwing himself headlong into it.  “Call me your bitch,” he ends the poem, “and I’ll sing the whole night long” (7).  It’s an unfortunate commonplace that art redeems pain.  Brown writes poems that insist on pain redeeming art.

In the stories Brown tells, he consistently refuses simple forms of sympathy, embracing unexpected aspects of even the most revolting and harrowing of situations.  In “Beneath Me,” a poem about the cockroaches infesting his boyhood home, he writes:

We sneezed.  They said
Bless you.  They coughed.
We slapped their shiny backs. (20)

His poems are consistently marked by intimacy and efficiency, the clear sense that he’s telling all that’s important in the only way possible.  Intimacy in these poems is always multifaceted, insisting on whatever love or affection might accompany violence, hate or disgust.  In “Your Body Made Heavy with Gin” his violent ex-military lover is too drugged to scare:

Because I love you and I love you best
With liquor on your breath
When I can get a good look at you
Just the way I found you, reeking
And too drunk to go after the roaches
With the heel of your hand.  And too drunk
To take me for one of the roaches.

Brown always muscles his way into every hurt.  Liquor isn’t so much a dulling as an extension of the pain, violence not so much a space to be avoided as a space to limn and map.  Sex might seem to offer escape, but more often than not it offers a kind of deadness.  What Brown loves best is the moment when everything is still enough for reflection and description.  He loves the lull between the strikes, but he loves it for letting him show the hit so clearly.

Brown’s clear ear for speech disguises how carefully composed his work is.  His craft rarely displays itself openly, and yet the ease with which his poems move discloses the effort that keeps getting erases into seeming effortlessness.  In one of my favorite passages, he adopts a pose of mock sympathy to reveal discomfort:

…Poor me, thinking
If the man moves inside me
I must be empty, if I hide
Inside the man, I must be cold. (28)

Brown works mostly in a plain spoken free verse, usually structured around a regular beat count per line, though the more formally experimental pieces are deftly achieved.  A poem about the Tin Man is in three columns.  A number of poems flirt with sonnethood, though Brown never quite consummates the affair.

Though the book traces many failed or aborted love affairs, the main love interest is the speaker’s father.  The father’s belt appears in the first poem, but it’s the father’s bare hand on the speaker’s bare ass that becomes a prayer in the second poem.  Brown carefully, fearfully and lovingly evokes this father over and over again, examining him from every angle.  The father haunts most of the love affairs that populate the collection.  In “Runaway,” the speaker’s nighttime escape from an abusive lover’s house is templated against running away from home as a child.  Remembering that earlier departure, he revisits his failure, not getting far “before the headlights of Daddy’s pickup caught me” (58).  But this time the speaker makes good, having learned his lesson: “But I left my lover better: I knifed a tire before I went/ So no light could find my back” (58).  In one poem, after ejaculating on a lover’s back, the father and thoughts of generation creep in.  He looks at the “faces of my children” in the “white swirls/ on brown skin,” finding that

Than like my mother and father
Who will do when I do.  Their mouths
Poised to blame, I wipe them away
Before they can speak. (56)

The book ends on a coy note, in a clever poem titled “Because My Name is Jericho,” but the second to last poem, “Like Father,” closes the emotional arc of the book. “Like Father” finds the speaker and his father both adults, eating breakfast.  The scene will be cringe-worthy but familiar for many gay readers.  His father “begs forgiveness/ For anything he may have done to make me/Turn to abomination.”  But this too as proof of their bond.  The poem ends on their embrace and reconciliation: “There is too much flesh between us, / Two men in love.”

Jason Schneiderman is the author of Sublimation Point, a Stahlecker Selection from Four Way Books.  His poetry and essays have appeared in numerous journals and anthologies, including American Poetry Review, The Best American Poetry, Grand Street, The Penguin Book of the Sonnet, Story Quarterly, and Tin House among other places. He has received fellowships from Yaddo, The Fine Arts Work Center, and The Bread Loaf Writers’ Conference.  He was the recipient of the Emily Dickinson Award from the Poetry Society of America in 2004.

'The Halo' by C. Dale Young
'Death & Disaster Series' by Lonely Christopher
'with the dogstar as my witness' by John Fry

Jason Schneiderman is the author of Sublimation Point (Four Way Books) and Striking Surface (Ashland). He directs a tutoring center and lives in Brooklyn with his husband Michael Broder. www.jasonschneiderman.net