Kate Clinton Told You So

Kate Clinton Told You So 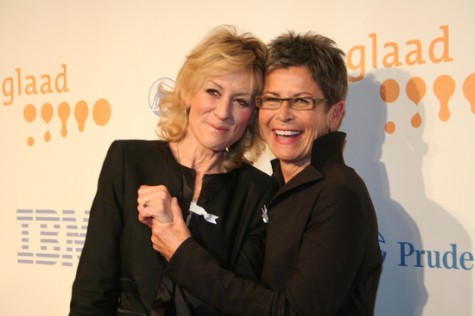 The election of Barack Obama was, no doubt, a bittersweet moment for comedians, political satirists, late night talk show hosts, and fumerists like Kate Clinton. Clinton, in fact, says more than once in her new book, I Told You So, that “during the Bush regime, what was bad for us was good for me.” From that pronouncement, one might rightly extrapolate that what is good for us (e.g. Barack Obama) as a nation is not so good for Clinton. Fear not.

The not so good news (for us) is that thanks to Prop Hate (as she dubs California’s Proposition 8) and other state and local antigay initiatives, she and her stand up pals have plenty of outrageousness to work with. One might actually say that rumors of her imminent irrelevance are highly premature and certainly exaggerated.

I Told You So, is an irreverent look at the last few years in these not always united states of America with a few parting jabs at W and a glimpse into the considerably more optimistic future. 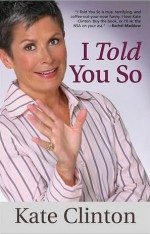 The book is dedicated to her partner of 21 years, “Urvashi Vaid, who told me so.” Clinton explained in a recent interview that it might be more accurate to say that she told everyone else so! “Even before Bush was elected, selected,” she corrects herself, “I had formed a preemptive committee to impeach him.” Clinton was like a comic Cassandra, circling the town, warning everyone of national disasters to come in the finance20industry, health care, the environment and, of course, the wars. “Any war isn’t going to go well!”

In light of current events Clinton, who “used to loathe Iowa,” told me that she now has to “take back everything bad thing” she ever said about the primary kick-off state—and there was plenty. Why she asks does the election primary season have to start there? Not a kind word has she to say about “the Gateway to the Rectangular States,” population “not even three million!” “Iowans don’t have to farm,” she says in the book, “the farm subsidy pyramid scam actually pays them not to plant…Then when they’re done deciding the fate of the nation,” she continues, “they Children of the Corn put on their mesh caps, hop in their giant mobile homes, gas up at three bucks a gallon and head on down to some trailer parks for a few months on the gulf.”

Who’d a thunk Iowa would legalize same-sex marriages? Somewhat grudgingly, she acknowledges, “It was a three year project to get gay marriage there, and LGBT activists selected Iowa because of its deep progressive roots: Iowa allowed women to vote early on and Iowa moved to abolish slavery ahead of much of the rest of the country.” So maybe it’s not all that surprising. “My bad,” she says.

Clinton makes so many spot on points it’s impossible to enumerate. She describes NY’s Gov. Paterson’s championing of gay rights and gay marriage and concludes: “He sees gay people!”

Then there’s her assessment that maybe the red states are red from embarrassment. And the blue states are blue of course from holding their breath—failing to take action in the face of red politics or just waiting to see what’s coming next.

You can only shred the status quo so much before it’s not funny, rather it’s just plain d epressing, but thanks to publishing schedules, Clinton had the opportunity to deliver the punch line to the book’s set-up in her post-election Afterword. Those final pages offered hope, a light at the end of the tunnel that was not an oncoming train, for a change! I was so relieved to see the Afterword, I confess, I read it before reading the last four or five chapters. Clinton shared that sense of relief—to be able to add the last chapter after the “final” manuscript had gone to the publisher. “Without the last chapter, the book was like a lot of foreplay with no pay-off. We all hate that.”

The good news—as if a Dem in the White House, and an African-American at that, isn’t good news enough—Clinton points out that with the changing times, “LGBT people are able to insert ourselves into every discussion: health care, the military—and not just Don’t ask, Don’t tell.” There’s not just this gay voice, there’s a gay presence with openly gay politicians, straight allies and more people inspired to take part and take action.

Looking back on her own lesbian feminist roots, she wonders wistfully if this is “the end of straight white male supremacy…the beginning of what I’ve been waiting for.” We can only hope.

“Like many Americans,” says Clinton in the books final pages, “my job is in flux. [The Bush years,] a comedy gold mine of hypocrisy, mangled language, and venal caricatures made my task easy…[but] with the passage of Prop Hate ballots in California, Florida, Arizona, and Arkansas, my job, with its outsider perspective, is secure for a few more years.”

When asked about this, she adds, “I’ll always have the pope. He just keeps on giving.”

Andrea L. T. Peterson, a native New Yorker, currently spends her time between the Virginia suburbs of Washington, DC, and the west coast of Florida with her partner of 20+ years. Her journalism has appeared in the Advocate, Washington Blade, and Southern Voice, among other publications.

That Whole Thing the Dead Come Out Of
February's Most Anticipated LGBTQIA+ Literature
BookLovers: Magical Thinking