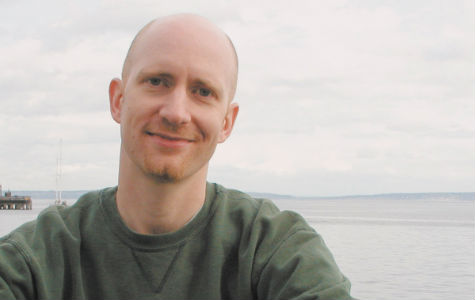 William Burleson chats with Brent Hartinger about his new YA novel Split Screen, why teen books are better than “adult books,” and the ongoing struggle of bisexual awareness.

How did you come to writing young adult, LGBT-themed fiction?

It was a complete fluke. I had written a book with a teenage protagonist, and my agent-at-the-time said, “I think I’ll try to sell this as YA.” I remember being totally offended, thinking that I was being pigeon-holed, that teen wasn’t “real” literature. But then I started reading some teen books, and I realized how good they are—that the average teen book is much better than the average “adult” book. Why? Well, since we’re supposedly writing for “reluctant” readers, we’re strongly encouraged to get to the point, to engage the reader right away, to use economy of language, be plot-driven. Self-indulgence and a meandering or non-existent plot is just far less acceptable in this genre (though not non-existent, alas).

Is this a growing category? Is there a lot of such reading now joining Little House on the Prairie in school libraries?

Absolutely. Right when I decided to commit myself to teen lit, which was around 1995, that was the start of this absolute explosion in the genre in terms of both quality and quantity. Teen fiction is one of the few genres that is actually pretty healthy these days—that and fantasy.

You won the Lambda award in the “Bisexual” category because Min, an out bisexual, was such as strong character. What brought you to that choice of making her bi?

She was that way right from the beginning, probably in part because so many of the teen girls I was working with were also bi. I knew there was something going on in society among young people, even back in the 1990s, which most adults were completely unaware of. What’s depressing is that here it is over ten years later and bisexuals are still fighting for awareness!

Have you received much feedback from teen readers, both to this work and the earlier books in the Geography Club series? For that matter, have you received any push-back from people who believe topics like this should be best left in the closet?

Oh, it’s overwhelming–just thousands of letters and emails. Very gratifying, and very, very humbling. I write non-gay books too, often with similar sales, but I don’t get anywhere near the amount of email from those books. The LGBT teen genre somehow really touches a deep chord in people, adult and teen alike.

As for a push-back, yeah, Ive been challenged and banned quite a few times, and I get the occasional hate email and death threat. It’s a little disturbing when you realize how truly insane some of these anti-gay folks are. I mean, man, do they have issues! And we have to somehow share a country and a planet with them. It’s sobering. But the good far, far, far outweighs the bad!

Split Screen is the third in a series. Will there be a fourth?

Truthfully, that depends on if the Geography Club movie ever gets made, which, at this moment in time, seems pretty likely. But it’s not a small budget project, so it’s been a long process. For more interview, visit www.williamburleson.org.

Nicole Dennis-Benn Wants to Tell You a Secret
Katie Freeman, Riverhead Executive Publicist, Talks 'Boy Erased' and Conversion Therapy
Brontez Purnell: On His New Book 'The Cruising Diaries,' Silencing the Critics, and the Joys of Writ...

William Burleson is the author of Bi America, Myths, Truths, and Struggles of an Invisible Community from Routledge Press. Read more at williamburleson.org.