Since J.D. Salinger’s seminal The Catcher in the Rye, the unreliable narrator has been a staple of the young adult novel. Teenagers mask their motives and hide truths from themselves, their friends, strangers and their families. For the gay adolescent, these self-protective devices are even more obvious ways to hide from the truth. Three new novels for young adult—two with gay narrators and the other featuring the friend-of-a-gay-boy—reveal the truths of their unreliable narrators even has they hide behind their sarcasm, self-deprecation and out-and-out lies.

In Frank Anthony Polito’s Band Fags, set in the mid-1980s in Detroit, protagonist and first person narrator, Jack Paterno lies his way through junior high and high school, eventually coming to terms with his gay identity and coming out. When we meet Jack, he is being pressured by his music teacher to attend a prestigious band camp to which he has been accepted. He is reluctant to go without his best friend, Bradley—also admitted but unable to afford it. Though a way is made for both boys to attend—and Jack tells us they do—it is the novel’s biggest flaw that we do not see the boys at band camp, nor, for that matter (despite the book’s title) do we see much of band or music throughout the entire six years the novel covers. Adapted from Polito’s play, John R, Band Fags shows that the transition from stage to page can result in difficult negotiations of plot that do not always translate well. Where the novel succeeds best, however, is in the voice of unreliable narrator, Jack. 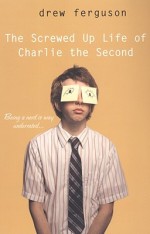 Jack desperately wants to be “normal,” and “normal” in the 1980s did not allow for gay. This dates the novel a little and might make it a difficult sell to contemporary teenagers, but the authenticity of Jack’s self-denials and repeated attempts to make himself into the 1980s version of “normal” reveal a painfully slow coming out that readers who came of age in that era will surely recognize. Jack negotiates friendships and relationships over the six years with the primary and conflicting purposes of becoming popular and finding true love. Even in junior high school, the signs are all there: Jack is addicted to a soap opera and a member of a female soap star’s fan club; Jack and Brad peruse a sister’s copy of Playgirl discussing naked men and which ones might be “like that”; Jack dates his girl friends and attempts to make them girlfriends, but he fails again and again to work up enough enthusiasm to become intimate with them. Jack is labeled a “band fag” but repeatedly insists to everyone—himself, his friends, Bradley, and us, his readers—that he knows he’s not “like that.” When he finally does begin acknowledging his first crushes on boys to himself and to his readers in his sophomore year (nearly halfway through the book), Jack continues to hide his secret in public and, indeed, repeatedly denies that he’s gay, even when Brad comes out to him. The continuing drama of Jack’s interior and exterior struggles with his homosexuality eventually become a bit tedious and the novel drags. The unreliability and dishonesty of the narrator becomes more and more obvious to the reader. Unfortunately, the curiosity I originally felt about how Jack would come to terms with his identity morphed first into sadness for Jack’s internalized homophobia and then active distaste for both the tedium of his melodrama and for the character himself as he repeatedly offends and dismisses his closest friends and slips deeper and deeper in to the closet in his quest for popularity.

In The Screwed-Up Life of Charlie the Second, Drew Ferguson also employs a first person narrator in the voice of seventeen-year-old self-described geek, Charlie. While Charlie is also unreliable, he is not so much a liar as he is sarcastic and self-protective. He hides in plain sight, but it’s not his homosexuality he hides–he’s uncomfortably out from the novel’s opening. What Charlie hides is his fears: Will he find a boyfriend and lose his virginity? When he does hook up with his first boyfriend, Rob, will he be able to keep him, enjoy the sex, take him to prom? Will his parents, who separate partly in a dispute over Charlie’s sexuality get back together again or divorce? When will Rob’s mother, who is in the last stages of Lou Gehrig’s disease, die? Will Rob’s father be prosecuted for giving her the drugs that end her suffering? Will Charlie’s father be elected district attorney? Will the soccer team win the championship? And mostly, will he be able to be honest enough with himself and everyone else to have meaningful and long-lasting relationships in his future adulthood? 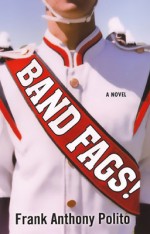 Charlie is an unreliable narrator who is also thoroughly authentic. We believe that his protective shell of self-deprecation and sarcasm is an effective mask, a disguise that is completely transparent to the reader. It’s also a mask that gets him into trouble over and over again, primarily as a result of his sarcasm. It is to the novel’s credit that when Charlie communicates his fears and hopes honestly that we understand how he has matured over the year. Charlie the Second might be a bit too graphic for younger readers, but the adolescent voice that relates this tale makes this book a successful and honest contemporary coming of age novel.

Fat Hoochie Prom Queen, by Nico Medina, also features a youthful narrator who hides behind a vividly rendered, often angry and sarcastic voice. Margarita (“Madge”) Diaz is a fat girl who loves and accepts herself and claims to be loved and admired by most of her classmates in her suburban Orlando high school. It’s hard to know whether to believe Madge, but we do believe her rivalry with the student body president, thin-and-beautiful Bridget Benson. The challenge between them that evolves as the main plot device–win the election for prom queen or back off forever–unravels as our protagonist learns an uncomfortable truth about her rival, fails in her attempt to fix up her best gay pal with a new fellow, and faces her own family disfunctionality after her father’s heart attack. This unreliable narrator’s voice is genuine, though we do not necessarily believe the things she says about herself or that she sees her self and her world clearly. The somewhat convoluted plot barrels along at such a frenetic pace that we hang on for the ride, and we’re rewarded, as expected, with self-revelation and a clearer and more mature self-recognition at the end. Though a bit too obviously contrived and awkwardly connected to Medina’s previous (and better) novel, The Straight Road to Kylie, Fat Hoochie Prom Queen delivers an enjoyable ride.
——
BAND FAGS
By Frank Anthony Polito
Kensington Books / $15.00
ISBN 978-0758222657
Paperback, 352 pp.

New in March: Bachardy, Vidal, Jansson
'On a Sunbeam' by Tillie Walden
'Lies We Tell Ourselves' by Robin Talley