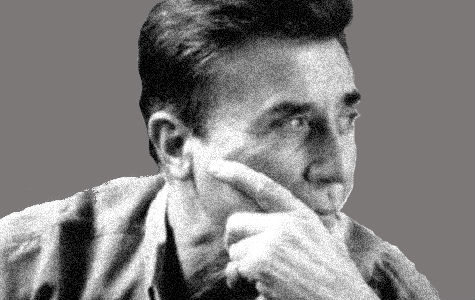 It’s safe to say that the gay literary world would be very different today if we didn’t have John Rechy. His 1963 classic, City of Night, about a sensitive hustler in an insensitive world, broke down barriers and paved the way for future generations. It’s difficult to find a contemporary gay writer, including this one, who doesn’t admit to being influenced by Rechy’s work. His latest book is the memoir, About My Life and the Kept Woman. A memoir by Rechy is especially interesting, since he has famously declared: “In the hierarchy of literary liars there are three ranks: The biggest liar is the autobiographer, who dares to say this is ‘true’ because I experienced it. The second of such liars is the biographer, who dares to claim anyone can ever capture another’s life. Third in the category of literary practitioners is the only honest one—the fiction writer, who claims, ‘This is a lie, but I’ll try like hell to convince you it’s true.'”

Casillo: By writing a memoir you have willingly entered the company of the biggest literary liars. Explain yourself John Rechy!

Rechy: I enter it fully aware that all autobiographies are filled with “lies,” intended or not, because memory is the most deceptive of all editors. What you remember today, will be different when you remember it tomorrow. So, to set down a memory as if it has been plucked out, intact, from the past is impossible. To pretend to do so is somewhat fraudulent. Recollected memories find their own form—and that, to me, is the legitimacy of a proclaimed “autobiography”—this is what I remember, but I’m aware that memory is vastly unreliable. To me, autobiography is an attempt to give—even provide—meaning to what otherwise might have none.

Casillo: Did you do anything to further stir up memories, such as looking at photo albums, reading letters, calling old friends?

Rechy: I did no research whatever. All research was done while roaming through my memories, trying to understand, at times, what I didn’t then. That’s another aspect of the wonderful fraudulence: That you can give meaning to what, when it was happening, had none; what you did not see. Often, in order to illuminate what happened, you have to investigate and record what didn’t.

Casillo: You shared a very complicated and intense love with your mother. Was it difficult recreating her on the page?

Rechy: I found it easy to recollect her in my fondest memories—but when it came to her death, I could not—and still cannot—face the fact enough to try to “give sorrow words,” in Macbeth’s words. My editor wanted me to deal more deeply with that in this book. I wouldn’t, I couldn’t.

Casillo: Also your feelings towards your father—although still harsh—seemed to have softened. You recreate him here with more sympathy. What brought on this new perspective?

Rechy: Age, my own aging. I saw him much more clearly—again the unreliability of recording the past—from the vantage of many years back. He was a tragic man. I didn’t want—and don’t want—him to be remembered only as a violent man. He was that, yes, but what made him that was equally cruel.

Casillo: How did the confusion and anger you felt growing up looking Caucasian—but having a Mexican background—and the prejudices you witnessed, affect your life and career choices?

Rechy: It is naïve to claim that appearances don’t matter. Many of the experiences I have had had been possible by the fact of genetics, what made me look the way I do. Alter appearance, and you redefine the possibilities of experience.

Casillo: The kept woman of the book is someone you glimpsed only fleeting as a child—and yet her impact on your life has been enormous. What was it about her that influenced and inspired you so?

Rechy: She was an image of defiance, of the possibility of breaking taboos—also, she was a figure of utmost glamour at a time of drab poverty.

Casillo: You write in the beginning of the book, “This is not what happened; it is what is remembered. Its sequence is the sequence of recollection.”

Rechy: The original quotation, which is mine, was: “This is not what happened, it is what is remembered, and what is remembered is often imagined.” I wanted to emphasize that although every one of these memories has a strong antecedent in “reality”—it happened—it is being brought forth years later by unreliable memory.

Casillo: You have had some very unusual encounters with legendary figures like Christopher Isherwood, Allen Ginsberg and Liberace—all who came on to you sexually. How do you think they’d react to this book?

Rechy: Isherwood would be pissed, Ginsberg would laugh, and Liberace would invite me to Palm Springs.

Casillo: You are notorious for writing letters in response to reviews. Do you think your image—especially during the earlier part of your career—affected the way your work has been received?

Rechy: I have no doubt that my inability to accept personal insults masquerading as “literary criticism” has affected the acknowledgement of my literary accomplishment. I truly believe—and one of my publishers told me he knew it to be a fact—that I have been, in effect, “blacklisted” at the New York Times Book Review. I have written letters of protest repeatedly. I don’t react to a negative review that treats my books seriously; I react when the reviewer becomes shrieky, shrill, personally assaulting.

Casillo: Have you ever read a review that changed your perspective on something you’ve written?

Rechy: One did—called my attention to the fact that I overused the word “somehow.” Now I even lecture against that in my literature classes. It’s vague [and] often indicates that the author doesn’t know “how.”

Casillo: You once said that City of Night was as close to autobiography as anything you’ve written. How does About My Life and the Kept Woman differ from your first book?

Rechy: By the perspective of approximately 40 years. In this book I’m able to understand what I might not have understood in the first one. That is why the “real” version included here of some events differs from the fictive one. Paradoxically, there are “real events” that would not be believed in fiction, are possible only in non-fiction; e.g., the fact that the woman who allowed me to flee New Orleans when I felt that I had reached a point of no-exit from a life of despair was named Miss Wingfield. Would you believe that in a novel?

Casillo: So many readers through the years think of John Rechy as the lonesome hustler from City of Night and the insatiable cruiser of Numbers and The Sexual Outlaw and wonder how you ended up. Describe your life today.

Rechy: A very happy life, with my mate, Michael of almost 30 years. Together we bought a beautiful house in the Hollywood Hills, we go to concerts, the theater, eat at great restaurants, travel now and then. He is creative and so am I—and that is happiness, yes. Obviously, the world outside is still there—ugly and merciless; and those factors always create anger and sorrow beyond one’s own feelings of personal happiness.

Casillo: Many of your readers would like to know: how do you look?

Rechy: I am 77 years old, I work out regularly, I tend to my appearance rigorously, and—I’m told—please allow me to be coy—that I still look “damn good!”

Charles Casillo is the author of Outlaw: The Lives and Careers of John Rechy. His latest novel is The Fame Game.

Charles Casillo is the author of "The Fame Game," "Boys, Lost & Found," "Outlaw: The LIves and Careers of John Rechy," and "The Marilyn Diaries." His movies include "Let Me Die Quietly" and the upcoming "Fetish" starring Joan Collins.